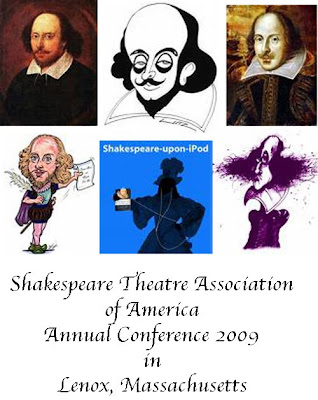 Revolutionary Shakespeare is the theme

Shakespearians are a sturdy and traditional lot, so the prospect of snow squalls, frosty temperatures and a recalcitrant economy won't deter them from making the trek to Lenox, Massachusetts for the 2009 annual conference of the Shakespeare Theatre Association of America (STAA). Scheduled for January 29 through 31, the Berkshire's resident Shakespeare & Company hosts this prestigious conference in their newly created Performing Arts Center. You can find conference information here.

The theme will be Revolutionary Shakespeare exploring how the Bard was an agent of change then, and now. Upwards of 200 participants are expected, representing the 100+ theatre organizations in the United States, Canada and United Kingdom that make up the STAA. Among the throng will be members of Shakespeare's Globe (Stratford-Upon-Avon, England) and the Stratford Shakespeare Festival (Ontario, Canada). 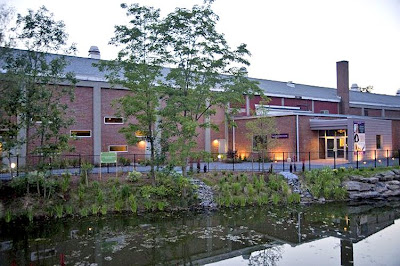 Most sessions will take place in the newly completed Performing Arts Center on campus. Photo by Kevin Sprague.

The avalanche of out-of-town visitors to the Berkshires in the dead of winter is made worthwhile by several days of world class programming. Participants will also have the opportunity to explore local sites, getting a taste for the culture and cuisine that define the Berkshires. Many local places of lodging are offering special rates to STAA conferees, including The Cornell Inn, Cranwell Resort and Spa, Devonfield Inn Bed & Breakfast, Gateways Inn, Hampton Terrace Bed & Breakfast, Harbour House Inn, Inn at Stockbridge, Kemble Inn, Quality Inn, The Red Lion Inn, The Rookwood Inn, Stonover Farm, The Village Inn and Walker House. 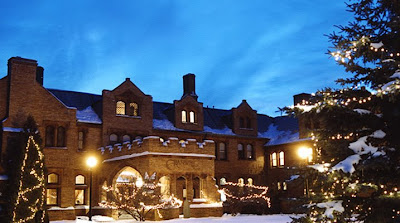 The Cranwell Resort is particularly inviting this time of year with skiing nearby.

There may be a recession and economic uncertainty out there, but “just imagine a hundred Shakespeare Companies brainstorming, celebrating, creating national initiatives,” says Founder and Artistic Director Tina Packer. “The work that Shakespeare & Company does in training and education has relevance to all the Shakespeare work in this country," adds Packer as she races to break the record for the longest run-on sentence, (takes breath) "and it is very thrilling to have the opportunity to invite them to participate in what we have spent 30 years developing and pioneering, and to learn what they are doing,  to come together in a two day work-a-thon and a three day conference to understand the relevance Shakespeare has in our community and across the U.S. as a whole.” 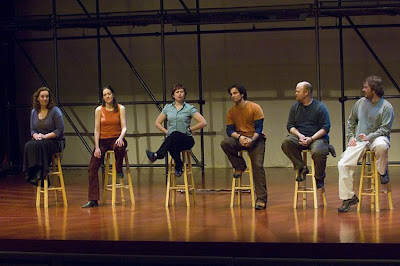 Never Dull. Talking about Shakespeare and the Language that Shaped a World. Kevin Sprague photo.

This is the first time Shakespeare & Company will host this annual conference, which is the central purpose of STAA, the professional alliance that provides a forum for the artistic and managerial leadership of theatres focused on producing the work of Shakespeare. Past conferences have been hosted by Royal Shakespeare Company and Shakespeare’s Globe (Stratford-upon-Avon & London, England); Stratford Shakespeare Festival (Ontario, Canada); Folger Shakespeare Theatre (Washington, D.C.), Bard on the Beach (Vancouver, British Columbia, Canada, and Oregon Shakespeare Festival (Ashland, Oregon). 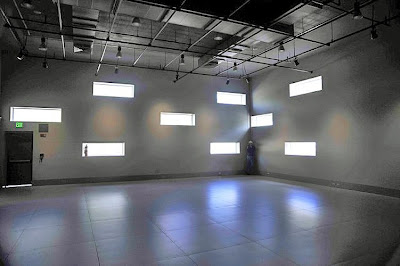 One of Shakespeare and Company's New Rehearsal Studios. Photo by Kevin Sprague.
Posted by Larry Murray at 1:43 PM