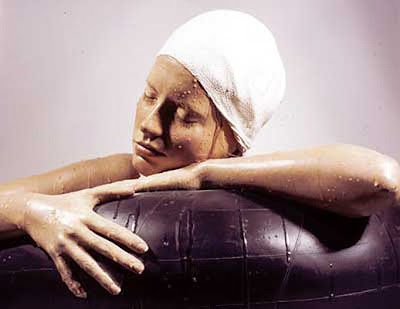 "The Survival of Serena" was insured, but payment is not assured.


Creating a sculpture like the hyper-realistic The Survival of Serena is a monumental undertaking. Shipped on Continental Airlines to Florida from Italy (the last leg inexplicably by truck) it was destined for the Art Miami exhibition. So it had to be a heart-stopping moment when the packing crate was opened by the shipping agent, and the sculpture, now in pieces, spilled out onto the warehouse floor. Serena was the most famous work yet by Carole Feuerman, America's reigning master of super-realism, and was utterly, completely destroyed and nobody seems to know how, why, when or where. From all appearances, there is a lot of stonewalling going on.

And in the confusing world of insurance, nothing is ever as it seems. An artist insures a piece against damage, and their freight company packs against it as well. And this was no delicate construct - it was wrought from fiberglass impregnated with industrial resins - and had already survived weeks of outdoor display in China, then shipped halfway around the world to Venice for another public airing. How could such a sturdy well-packed artwork come to such a horrible end? 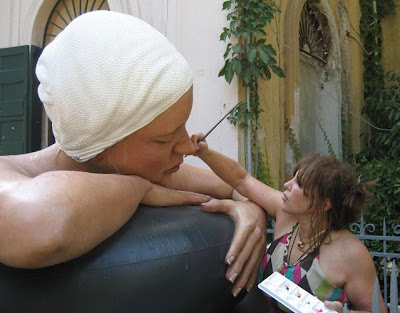 I asked Feuerman about her thoughts on the tragedy.

"As far as packing – It returned in a crate that looked broken and repaired. I can only speculate that Continental Airlines broke the crate and rebuilt it with very thin white wood. The wood was thinner and the piece was not structurally held in place inside the crate. The pieces of the sculpture were scattered and not wrapped and looked like someone broke the crate and rebuilt it improperly. The crate and the sculpture were definitely tampered with. The piece was shattered and in many pieces." 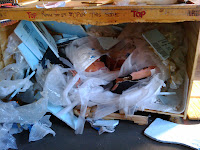 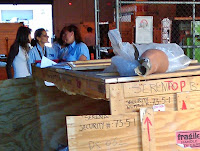 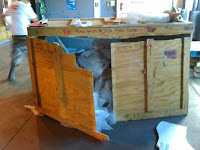 Unfortunately, it is going to take a detective to try to figure out what really happened, since it appears that the culprits did their damage, and then hid it by remaking the crate. From a legal standpoint, that makes it "concealed damage" and gives the insurers and airline a great line of defense.

To understand the issue, here is a quote for an analysis offered by Betsy Dorfman from Fine Art Shipping:

"In the case of the Feuerman sculpture there appears to have been no obvious damage to the exterior of the crate. Upon opening the crate however the sculpture was found to be destroyed beyond repair. In shipping terms this situation is called “concealed damage”. Many types of insurance carry a disclaimer or waiver for concealed damage where the goods have been packed by the shipper and are uninspected by the carrier or insuring agent. If the airline had provided insurance, it likely carried such a waiver and so would not respond to a claim under these circumstances."

It is worth reading Betsy's full explanation, it is a caution to all artists who tend to leave these details to others. 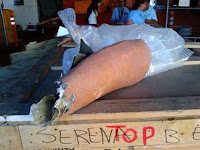 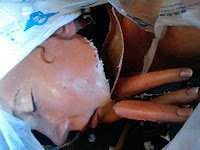 It originated in China for the Biennale and was sent to Florence, Italy. The shipper in Florence then sent it on Continental to Miami for the fair. The Jim Kempner gallery from New York City was going to show it prominently outside the fair. It is a monumental twelve foot sculpture that has won awards on three continents and was very valuable. It arrived smashed. Unfortunately, this $350,000 sculpture was insured for only a third of what it was worth. Mr. Malinowski, the customs broker who went to Continental to get the crate into the country feels that there was gross negligence on the part of Continental airlines and that the piece had to have been dropped twelve feet off the plane to be in the condition that it was found in. The airline was uncooperative with him and the authorities had to be called. I am wondering if a folk-lift truck rammed into it, and they repaired it. " - Carole Feuerman 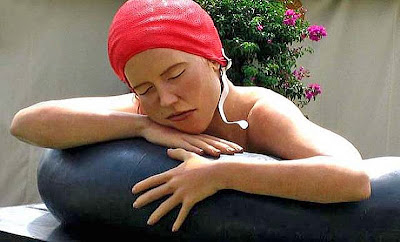 The saddest part of this debacle is, as Feuerman put it: "The airlines, and the Italian shipper are trying to get out of any responsibility to this matter." Stay tuned. 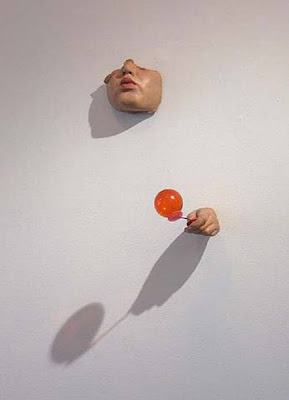 Ultimately the artist might repurpose the damaged pieces. She titled this work "Bubbles III"

Connections: Carole has her own website and is represented by Jim Kempner Fine Art. Both websites show the astounding array of works this wonder artist has created to date.
Posted by Larry Murray at 9:56 PM

Hi ,
I love the Genre. Its reminiscent of Steiglitz, Weston, to name but a few, but it clearly reflects new ideas.
Martin Emanuel CEO Mac4u.TV
binxie15@mac.com