Randy Harrison is Lucky. And so am I. 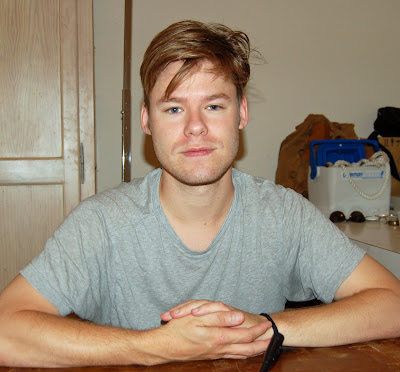 It's been a busy week for this writer. In addition to an enlightening conversation I had with Williamstown Theatre Director John Rando about A Flea in Her Ear, (see item below) I also had a chance to talk with Randy Harrison about his role as Lucky in Waiting for Godot. It will be presented on the Unicorn Theatre stage at the Berkshire Theatre Festival from July 29 to August 23.

Randy's skills on stage are substantial and growing each year. For those who admired his performance on Showtime's popular Queer as Folk series, it has been a revelation. For Harrison is more than just the character Justin which he played back then. He is a man of a thousand roles, each one as unique and challenging as any actor could ask for.

In Samuel Beckett's Waiting for Godot, Harrison takes on a theatrical role that is difficult and daring, that of Lucky, the servant, or "slave" of Pozzo. Not as big a role as the tramps Didi or Gogo, but absolutely as challenging. The full interview I had with Harrison is published over at Berkshire Fine Arts, and also includes some analysis of Beckett and Godot. And if you have not yet subscribed over there for their email alerts, it's an easy way to keep up with my adventures, too.

Admit it, there are quite a few of us waiting for Godot, the play, to open at the Berkshire Theatre Festival - so that we can get our Beckett "fix", our mental escape into the theatre of the absurd.

For the person who sees Waiting for Godot for the first time, our passion for this play is as mysterious as the play itself. Most first time audience members content themselves with the physical comedy, the play on words, and leave wondering what all the fuss was about.

But that is where the addiction to Godot, and all things Beckett begins. Innocently. With a simple recollection of unexplained nonsense. I got bitten, bad, by the Beckett bug many years ago, and my malaise grows worse, the mysteries even more unfathomable than on first viewing. Like his character Lucky, I too am doomed to carry this baggage and noose around my neck for the rest of my life.

I too was young once, and entertaining, and now I speak what appears to be gibberish, at least when I discuss Godot. So many of my friends do not get it, lucky souls.

The text of Lucky’s speech is strange. Imagine taking all the great works of Western thought, putting them through a paper shredder, and then pasting them back together as best you can.

What you end up with is a total deconstruction and desecration of the basis of philosophy and the logic of science. Since I sometimes wrestle with the limitations of writing complex thoughts in simple language, it is liberating, even hilarious.


At the end of the interview I was able to snap a few quick photos of Randy. Here is another. 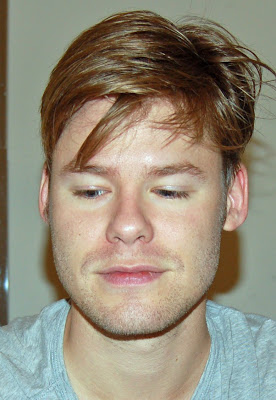 Randy Harrison contemplates an answer.
Posted by Larry Murray at 11:56 AM 3 comments:

John Rando directs A Flea in Her Ear 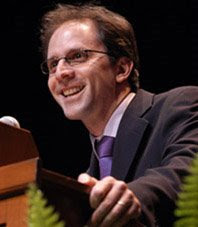 
I had the pleasure of talking with John Rando, the director of A Flea in Her Ear which is soon to open at the Wiliamstown Theatre Festival. The interview is located here, In Berkshire Fine Arts and covers a lot of territory. French farce is a fascinating subject, and the focus on the production he is mounting limited the amount of personal information I could include.

Rando's life is as interesting as his work. John had a secret love of the theater - and if anyone needed to be a chameleon about his real career goal in order to keep parents paying the tuition bills - he's your guy.

"I had this little secret dream in my heart that I had to keep hidden from my parents. I wanted to become a theatre director, certainly not one of the easiest or most sought after professions. So, to reassure my folks that I wasn’t frittering away my education and at the same time to keep my dream alive, I pretended, like many of you now, that I was heading for law school.

Every time my parents came to see me acting in another play, I had them believe it was all just pre-law training. You know, I have to learn how to speak well… for the courtroom...and stuff. " John Rando

This address to the graduating students at the University of Texas is a masterpiece, and I think it illuminates the life path of a gifted theatre artisan whom we are lucky to have in the Berkshires this summer.

John Rando is the Tony Award winning director of the Broadway musical, Urinetown, for which he also received the Outer Critics Circle Award for best director.

His upcoming production of A Flea in Her Ear, with new translation by David Ives, is not to be missed. It is going to be laugh-until-you-sides-hurt funny. 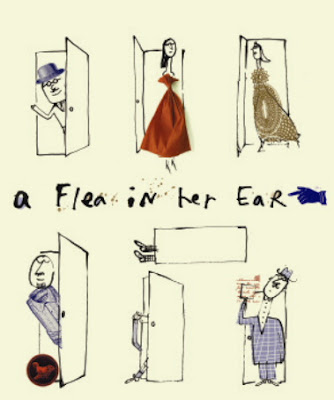 Performances are from July 30-August10

Tickets for A Flea in Her Ear are available from the Williamstown Theatre Festival.
Posted by Larry Murray at 11:30 AM No comments: