Next to Normal at Arena Stage. Washington, D.C. 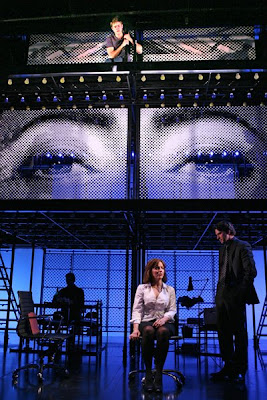 Around the beltway, even the pols are talking about the big musical hit at Arena Stage in Washington, DC, but there are only two more weeks in which to see it. Pre-inauguration visitors are gobbling the tickets up, so get your ducats asap. The show, if you haven't heard by now, is Next to Normal which arrived at Arena Stage shortly after its premiere production at Second Stage Theatre in New York City.

“This is a musical that gets under your skin,” comments Arena's Artistic Director Molly Smith.

Next to Normal is a contemporary musical that explores how one suburban household copes with crisis. With provocative lyrics and an electrifying score of more than 30 original songs, Next to Normal shows how far two parents will go to keep themselves sane and their family’s world intact. 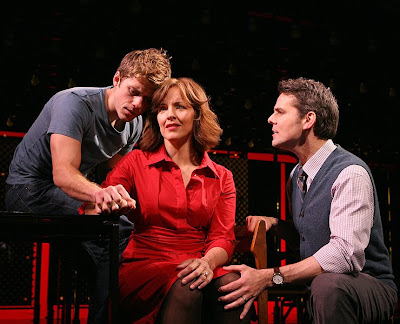 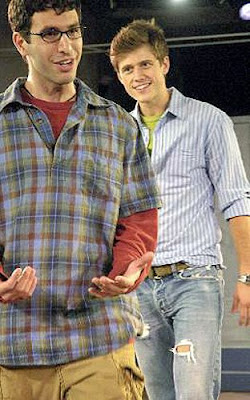 Aaron Tveit (R) will be familiar to Berkshire audiences who saw him at Barrington Stage as Matt in Calvin Berger, seen here with David Perlman (L) as Calvin. Kevin Sprague Photo.

For those who haven't been to DC in a while, the company is currently rebuilding its 47-year-old Southwest DC theater campus which includes the Fichandler Stage and the Kreeger Theatre. Its reopening is slated for the 2010/2011 season. It currently operates out of Arena Stage in Crystal City and the historic Lincoln Theatre.

Visit their website for excerpts of Next to Normal and news of their next production, Irving Berlin's I Love A Piano, to run January 29 to February 15 at the Lincoln Theatre. 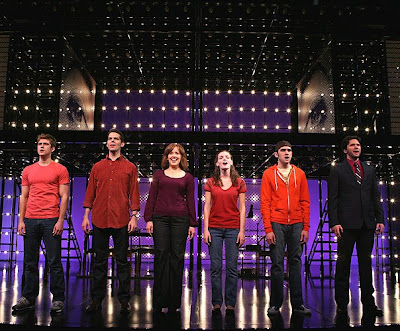 Innovation is not only on the stage

Arena Stage is well known for its theatrical creativity, but this company goes the extra step. Its Board and administration have undertaken some pretty remarkable initiatives.

For example, when the investment banks failed and Washington was consumed with the economic rescue, Arena held a "Bail Out" ticket sale. Knowing that uncertain economic times creates uncertain ticket sales, they offered a one-day only "bail out" ticket sale. During these 24 hours, all tickets were $25 each for the first week of performances to all remaining seven shows at Arena Stage. This represented a savings of up to 60% off regular ticket prices for more than 25,000 tickets. According to Laura Bloom, Arena's media relations associate, the total number of tickets sold during this sale was 6,661 for an income of nearly $200,000. Pretty incredible, folks. 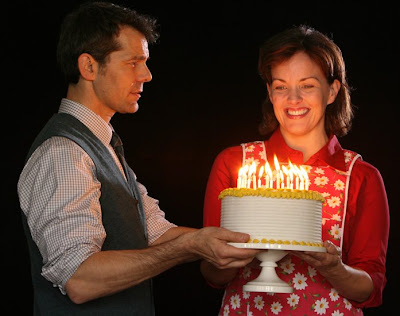 (L-R) J. Robert Spencer as Dan and Alice Ripley as Diana in Next to Normal at Arena Stage in Crystal City through January 18, 2009. Photo by Joan Marcus

The other program I find impressive is called "Send a young person to the theater" and it is both an educational and audience development initiative. These programs are largely sponsored by contributions both from individuals and grant givers. Arena Stage gives thousands of free and heavily discounted tickets to local students, forfeiting over $100,000 of revenue in the process, but insuring the growth of future audiences for theatre. Thank you!
Posted by Larry Murray at 6:41 PM