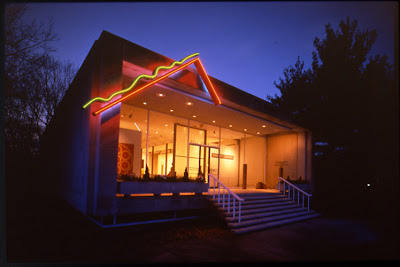 The decision by the Trustees of Brandeis University to close the Rose Art Museum and sell off its huge art collection is just the most recent example of the financial panic taking place in boardrooms across America. Following the announcement yesterday, Brandeis students are in an uproar, the arts community in shock.

More and more details are becoming clear as other bloggers ferret out the details. Some to check out are ArtFagCity, ModernArtNotes, The ArtLawBlog and NewsGrist.

The story so far. First, the $700 million dollar endowment of the university has declined from its earlier heights. Then the board faced a stubborn $10 million dollar budget shortfall for 2009. Solution? This drastic measure. By selling the Rose Museum's valuable collection they both erase the deficit and restore the endowment without having to go out and do the hard work of fundraising in a troubled economy.

But many think this is both lazy and the coward's way out. It is the wrong solution because the long term consequences are actually quite dire. Like ex-President Bush they leave the mess for someone else to clean up. Ask any development director. This supposed easy fix is going to poison their relationship with donors for decades to come.

The museum holds well over 6,000 works by artists such as Robert Rauschenberg, Jasper Johns, Andy Warhol and Roy Lichtenstein. Their combined value is believed to be in excess of $350 million - though in a declining art market it could well be less.

Someone has to point this out, too: it really isn't necessary. The University won't fold without it, most of it is just going to be plowed right back into that deflated endowment, perhaps to be pissed away on more poor investment choices. The Board's operation is not very transparent but if the endowment declined, it was the trustees who ok'd the unsuccessful investment strategy.

Sebastian Smee, art critic at the Boston Globe sees it as panic, and calls it "unconscionable."

No stranger to controversy himself, former Boston arts maven David A. Ross calls it a "boneheaded decision." He sure got that right. Here's his take on it:

"The Rose represented a critically important aspect of the American Jewish identity. How sad that a board blinded by fear would act so foolishly. I hope that Michael Rush, Lois Foster, John Lee and all their friends in the American art community, will continue to raise their collective voices in opposition to this bone-headed decision. It is both stupid and wrong in so many ways.

As ICA director in the 1980's I was always thrilled to visit the Rose, and see the lively exhibition program, and its unique and important collection. The Rose is a vital part of the New England cultural ecology, and its disappearance will impoverish the region and the nation. " 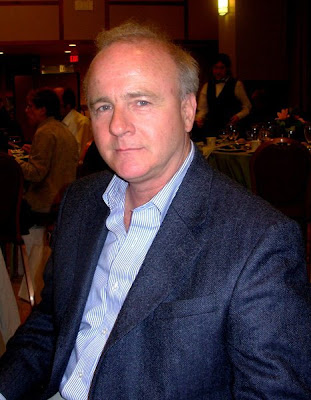 Jehuda Reinharz, president of Brandeis, said that financial challenges facing the university forced the museum closing. Rose Museum supporters said they were simply cut out of the process. Even director Michael Rush only learned of the move late Monday afternoon, when he was informed by provost Marty Krauss.

On the Brandeis website, the Rose describes the works it holds as a "Permanent Collection". The Trustees have broken that trust by now making it a "Disposable Collection."

Trust between the donor and the institution is needed to make such collections possible. No doubt in the past there were promises made and assurances given to donors. With this announcement, these bonds have been broken. One can only imagine the hurt and humiliation felt by generous supporters who not only gave millions of dollars to Brandeis, but their most treasured possessions as well. In pursuing this course, the Trustees didn't consult with the Rose Museum's Board, Staff or Donors. This arrogant act is an embarrassment to such a fine educational institution. Such lack of respect for the donors and their feelings is a major gaffe.

There is little question that they will now enter into a series of lawsuits to unravel the codicils and conditions that came with the donations. How much is that going to cost them? 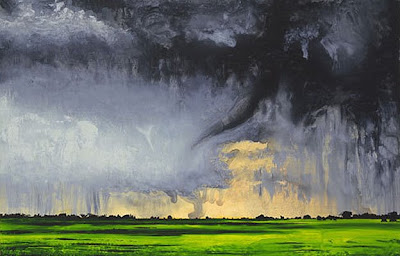 Initially, the Brandeis leadership answered questions of legality by declaring that this sale was ok'd by the Massachusetts Attorney General and its division of Public Charities. Turns out that this was quite presumptuous.

Emily LaGrassa, a spokeswoman for the Attorney General's office, said that Brandeis notified the agency Monday afternoon of its plans, after the trustees voted unanimously to shut down the museum. While Brandeis spokesman Dennis Nealon said at the time that the attorney general's office "has not balked at this at all," a university attorney amended that statement yesterday morning. And LaGrassa confirmed that the office has not offered an opinion on any aspect of the proposed sale.

So it appears that this was more wishful thinking on the part of the Brandeis Trustees than fact. This is far from a done deal.

No doubt it won't be long before some outraged donor sends off a letter to the IRS asking that they review these actions as well. This should be the real concern. IRS regulations are complex, and have specific rules that apply to closing an institution and disposing of its assets. Brandeis can not even rely on court precedents. The IRS often does not follow such legal rulings - or even its own precedents - in situations like this, but holds itself apart from them. Many challenges are argued anew, each decision unique.

Meanwhile, Brandeis is taking a beating among its various constituencies. No doubt it will see its applications decline, its gifts and bequests diminish. Controversy does not build donations.

The effects of this decision will spread far beyond their campus. Anyone who is considering donating art to a University is now likely to think twice. Already there is talk about only loaning works of art, or putting serious limitations on how it may be sold or traded. Colleges and universities with museums will pay the price for this decision in both fewer, and more complicated gifts of art. 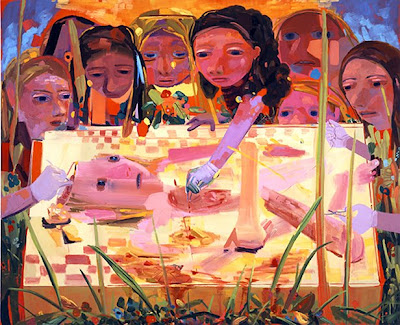 Dana Schutz has had a retrospective of his work shown at the Rose Art Museum.

Part of the justification used to explain the decision of the trustees was that education is more important than running an art museum, and that education, not art, was their primary responsibility. If that's the logic, then do the trustees know that they also have a building chock full of books - is their mission to operate a library? Or a theater?

Their rationale clearly does not hold up if they continue to teach about the arts and arts administration.

Hundreds, perhaps thousands of people who love both art and Brandeis worked for fifty years to make the Rose Art Museum the treasure that it is. Indeed the Museum had its own board, benefactors and mission.

That the University Trustees view the Museum as nothing more than a treasury to be raided is a crime. Perhaps they have joined those who see higher education as a sort of glorified vocational school, preparing people for jobs, not for life. How typical of our times.

As Mark Favermann comments in his Berkshire Fine Arts report:

"At Brandeis University, the Philistines are not just at the gate but are actually running the institution."

Here are the names of the Trustees. It is not known which of these made the actual decision:

This is a very old post so I hope you will see it. I really appreciate your blogging on this topic. I am a student at Brandeis hoping to attempt to bring some accountability to the university. I am trying to find information in regard to personally trying to contact the trustees that you list and hoped that you could give me any information you might have