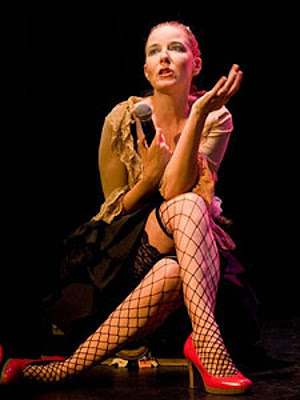 The mind of Heather Woodbury is a wonder to behold and Chicago audiences last saw it at work in the 1998 Steppenwolf production of What Ever: An American Odyssey In 8 Acts, a challenging 10 hour, 100 character play and performance novel presented over four evenings. 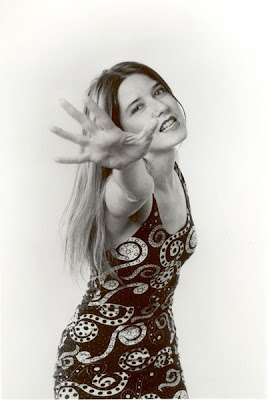 What Ever was last seen at Steppenwolf in Chicago in 1998

Woodbury the plawright, historian, actor, whatever, returns to Chicago and Steppenwolf for one night only on Tuesday, March 3, 2009 to perform her newest work, The Last Days of Desmond "Nani" Reese,  A Stripper's History of the World  which will be Directed by Abigail Deser and is written and performed by Woodbury.

Here is the concept: In the year 2014, a young "ethno-femino-dance anthropologist" travels to post-quake, post-drought Los Angeles to research her 10,000 page dissertation on "The History of the World, as Told by Loose Women." Her final subject: the half-mad, 108 year-old legendary stripper Desmond "Nani" Reese, who is holed up in a bramble-covered shack with 27 cats. Woodbury channels the voices of these two unlikely heroines, illuminating the lives of outlaw women through the ages.

The story is about a 108 year old fallen woman who is still falling. Her story is told in snippets and pieces, combining into a collage of the American experience. Fiction becomes reality. 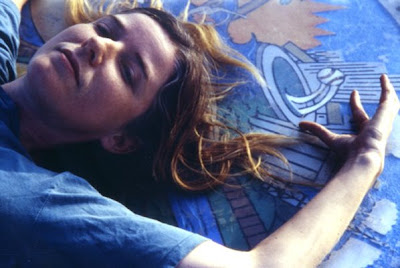 The Austin Chronicle summarized it this way: "The Last Days compares strippers and storytellers, whores and academics, sex workers and artists, all of which has been done before. This time, the play humanizes them and leaves them all at the end without much cover."

This is clearly not light fare for general audiences, but for theatre-goers with a taste for the wild, wicked and complex. Laurie Anderson has called Woodbury a one-woman Dickens.

But the best thought of all is from the Irish Times: "What if the great American novel turned out to be a piece of theatre?"

Last Days of Desmond "Nani" Reese: A Stripper's History of the World (90 minute length) debuted May, 2007 as part of City of L.A. Individual Artist Fellowship program. 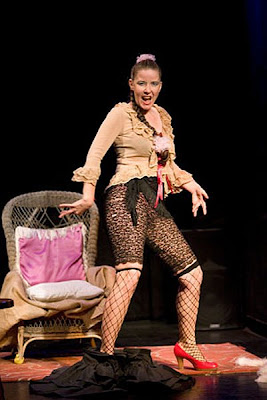 For more information on Steppenwolf and all their upcoming productions.

Visit the home of Heather Woodbury.
Posted by Larry Murray at 1:19 PM

Update: Heather Woodbury blogs about herself and this character on the Steppenwolf blog.