Frank Theater's By the Bog of Cats slated for the Guthrie

By the Bog of Cats is set in rural Ireland.

The Frank Theater's production of Marina Carr’s By the Bog of Cats, is slated for the Guthrie’s Dowling Studio March 12-April 5, 2009.

Set in rural Ireland, By the Bog of Cats is an uncompromising tale of abandonment and shocking self-sacrifice. Hester Swane is a woman born of gypsies and tied to the bleak landscape of the bog where she has lived her whole life. Her lover, Carthage Kilbride, with whom she has a young daughter, is about to be married to younger woman who will bring him land, wealth and respect. Discarded and ignored, Hester sets out with a reckless fervor to reclaim the life that she had. 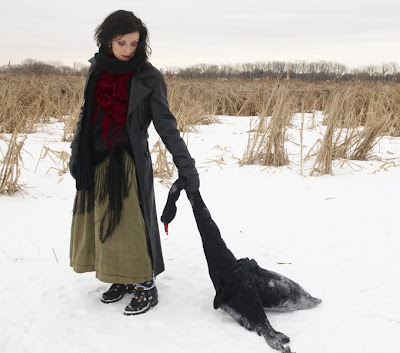 In this loose retelling of Euripides' Medea, Marina Carr blends the mythic with the modern, populating the Bog of Cats with misfits, witches, and ghosts. The stellar cast includes Virginia Burke, Anneking, Melissa Hart, John Catron and others.