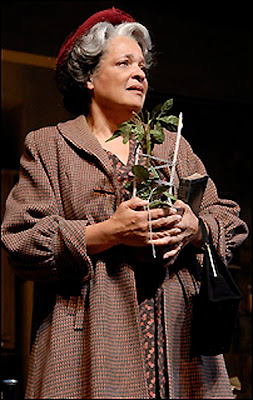 Franchelle Stewart Dorn in Penumbra Theatre's A Raisin in the Sun, coming to the Guthrie. Photo by Peter Jennings

The Guthrie will host Penumbra Theatre’s production of Lorraine Hansberry’s A Raisin in the Sun, directed by Lou Bellamy. A co-production with Arizona Theatre Company and The Cleveland Play House, the presentation marks the 50th anniversary of the show’s groundbreaking Broadway opening, and arrives at the Guthrie on the heels of two highly-lauded regional runs in Ohio and Arizona. A Raisin in the Sun previews March 12, opens March 13 and plays through April 11, 2009 on the McGuire Proscenium Stage.. Tickets are now on sale through the Guthrie Box Office at 612.377.2224.

A recent widow, Lena Younger (Franchelle Stewart Dorn) wants to use her husband's insurance money to buy a home for her family, freeing them from the cramped tenement in which she, her two children, daughter-in-law and grandson live. Her son, Walter Lee (David Alan Anderson), is determined to invest the money in a business - an opportunity for him to be his own man and not just the driver for his white boss. Lena refuses; in her eyes a house is a sturdy thing to build a dream on, one that can relieve the strains that poverty has put on the family. But when a white representative of the neighborhood "welcoming committee" presents the Youngers with an offer to buy them out of their home to prevent integration in their community, the dream of the house quickly becomes a nightmare.

The title comes from the opening lines of “Harlem,” a poem by Langston Hughes

“What happens to a dream deferred?
Does it dry up
like a raisin in the sun?” 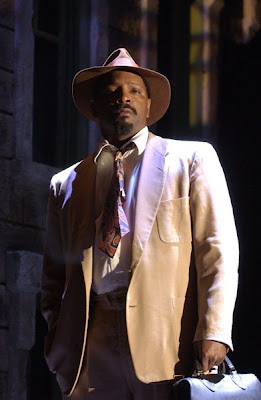 A Raisin in the Sun was nominated for four Tony awards when it opened on Broadway in 1959, lauded by The New York Times as a show that “changed American theater forever.” For the first time in history a production hailed an all-black principal cast, a black director and a black playwright. Its 29-year-old author became the youngest American and the first black playwright to win the New York Drama Critics’ Best Play of the Year citation. Marking its 50th anniversary, A Raisin in the Sun brings to life the inspiring classic story about a working class black family struggling to make it in America.
Posted by Larry Murray at 10:20 PM

Thanks for bringing attention to this wonderful production. As a local reviewer, I attended the opening night and was blown away. If interested, my full review can be found here: http://www.examiner.com/x-1348-Twin-Cities-Performance-Art-Examiner~y2009m3d14-Review-A-Raisin-in-the-Sun-movingly-establishes-the-cost-of-dreams-deferred