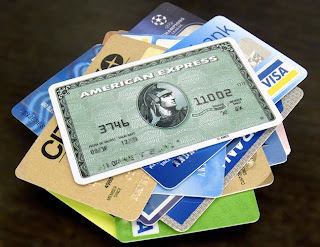 Theatres and concert halls pay huge fees to credit card processors and banks.
Many theatres and concert halls sell tickets online but only from PC's and laptops. The technology has not yet enabled mobile devices like iPhones, Blackberries and other smart phones to be incorporated into most small and mid sized operations ticketing operations. But it is coming. The biggest problem is handling the payments.

Our evolving internet world is working on payment systems that avoid the need for credit cards. Imagine, just person to person or person to business transfers activated on cell phones and other portable devices, and verified at the businesses themselves. 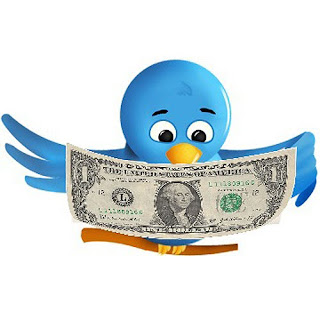 Merging social networking and payments between friends, businesses.
Not only cultural organizations, but the public itself would love to be able to cut out the middle man. Imagine holding on to that pound of flesh extracted by the rapacious banks and credit card companies which charge both buyer and seller unconscionable fees to transfer money around.

Ask the treasurer of any 501 (c) 3. The fees extracted by banks and credit card companies is excessive, and often passed along to consumers with through the dreaded "handling charges" for online and transactions over voice phone lines. (The iPhone and other mobile devices are not yet in the mix.)

And those processing fees can add up. For a smaller company with low ticket prices, this can amount to 10% of the cost of the ticket. When I was at the Boston Ballet, credit card processing fees amounted to $200,000 for The Nutcracker alone. And that was 30 years ago.

The new services are being spearheaded - believe it or not - at Twitter, which is where the young code warriors mostly gather. Twitpay is up to 15,000 users who link their Twitter account to Paypal. Paypal does the money moving, person to person.

Twitpay is actually up and running with 15,000 users so far.
]ack Dorsey created an app that accepts payments with an iPhone. Obopay is another service that enables mobile devices, but it seems more traditional in its link to MasterCard and major banks.

Wired magazine has a good baseline article on it:

"Last summer, PayPal began giving a small group of developers access to its code, allowing them to work with its super-sophisticated transaction framework. Michael Ivey immediately used it to link users’ Twitter accounts to their PayPal accounts, and his new company, Twitpay, took off. " - Wired

The eggheads at the Atlantic Monthly see these fledgeling attempts to use mobile devices to move money around as the beginning of a wave that might well crest into a movement to cut the expensive credit card companies out of the equation.

Nothing could make me happier. 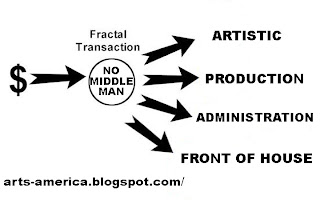 With new technology it may be possible to retain almost all the proceeds of electronic payments.
Writing in The Futurist, Thomas Frey calls it a "fractal payment." Frey says that, instead of routing money through an expensive and slow banking system, you could simply use your phone or other wireless device to transmit the payment directly to the seller's wireless device. He says the reason it would circumvent the banking system is by allowing the user to automatically divide up the payment between the necessary recipients.

"For example, when you buy a book from Amazon.com, your payment is instantly divided four ways in a split between the author, the publisher, Amazon, and the shipping company." - Thomas Frey, The Futurist

Yet it is not that clean and separate from the traditional methods. Even Paypal now charges almost 3% on transfers designated as payments for goods or services.

Naysayers abound. The Awl's Choire Sicha isn't buying it. Sicha sees Twitpay as nothing more than Paypal for cellphones, which isn't so different from a credit card. And tools that allow you to use your iPhone like a credit card reader still require you to go through the credit card system.

Paypal is an innovator and already set up for mobile transactions without credit cards, using my account balance, like a debit card. I lived through the birth of Paypal - and the efforts of the establishment banking industry to undermine and destroy them.

(Long ago, between gigs, I became an eBay Power Seller three times over.) Paypal not only evolved, but prospered. They had huge issues in their early days, but solved them and currently are used by over 150 Million people and 100,000 merchants. Frankly, I do not understand why more cultural organizations don't take advantage of this low cost alternative to traditional credit card processing arrangements. 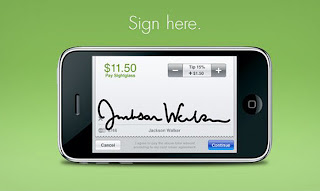 Making phone and texting devices compatible with ticket buying is essential.
To me, the main thing is that lots of people are thinking about the problem of our dependence on a banking and credit card system that is out to fleece the public. And ways around it. It's great to have people working on solutions that we can all benefit from.

Everyone needs to keep their costs down, and millions still can be made a few cents at a time. It is the million dollar salaries and bonuses to greedy executives who add no value to transactions that have caused the money industry to become fat, lazy and irresponsible.

The moment a logical alternative emerges, the pent up demand for an alternative to the current credit card stranglehold will cause millions to give up their plastic and return the economy to one in which people earn money by creating value, not by fiat and monopoly.
Posted by Larry Murray at 10:44 AM

I agree with you new payment system have to be designed, however, ask the store and cinema upgrade the exiting system, there is also a lot of money.