Shakespeare & Company: "Les Liaisons Dangereuses" and "Women of Will" 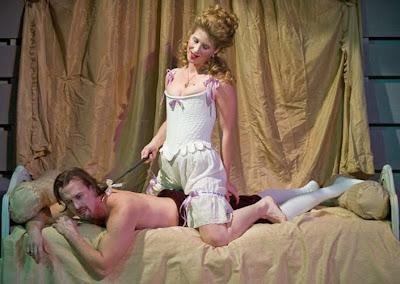 Love is the ultimate weapon! This wickedly entertaining story of love, sex and betrayal is as sumptuously guilt-inducing as a decadent chocolate you just can't resist. Depicting the devious schemes of French aristocrats on the cusp of the Revolution. 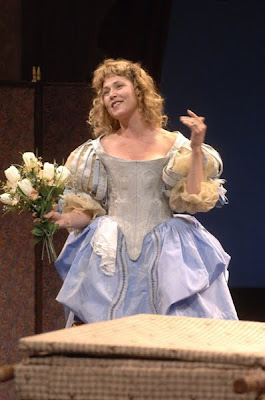 Elizabeth Aspenlieder
Packer directs Elizabeth Aspenlieder, who won the coveted Elliot Norton Award for her tour de force performance in Bad Dates last winter, and Josh Aaron McCabe, most recently seen last fall as Sherlock Holmes (and a host of other characters, both male and female) in the runaway hit The Hound of the Baskervilles. Les Liaisons Dangereuses (Dangerous Liaisons) was ahead of its time as a novel in 1782 and it still may be ahead of its time today. 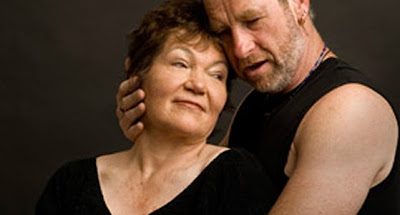 Tina Packer and Nigel Gore.
On February 28, in the Bernstein Theatre, there will be a sneak peek of Women of Will. A true tour de force of performance, discussion, and just a bit of crowd participation, this pla, written by Founding Artistic Director Tina Packer, and directed by Eric Tucker is the much-anticipated, masterful summation of Tina Packer's 40-odd years of deep investigation into all things Shakespeare. Performing with Packer is Nigel Gore.

After years of work, refinement, and workshop performances, Tina is making the world premiere of Women of Will at the Mercury Theatre in Colchester, England this March. For one night only, our audience will get a sneak peek of this remarkable survey here in Lenox—before Tina takes it across the pond.

How did Shakespeare's view of women and the feminine impulse change throughout his career? And what can his 400-year-old insights teach us today about our own lives, as we each figure out for ourselves what it means to be alive?

My colleague Chales Giuliano does a nice advance take on Women of Will and its place in the Shakespeare & Company repertoire. Berkshire Fine Arts