Publicity, audience development and the art of selling tickets 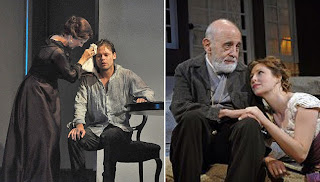 Here in the Berkshires, many of our professional resident companies do exceptional work, and as a result, have attracted national attention. It doesn't happen nearly often enough, but when this sort of publicity lightning strikes, large audiences usually follow. All four of our resident professional companies - Barrington Stage Company, Berkshire Theatre Festival, Shakespeare & Company and Williamstown Theatre Festival - have often been reviewed by the Wall Street Journal's traveling critic, Terry Teachout. Critics from the New York Times and Boston Globe are also often seen in the local audiences.

When the Guthrie Theatre's Joe Dowlling put their "Everything Kushner" Festival together last Spring, he created the perfect storm of publicity. Not only did he undertake the Pulitzer Prize winning Angels in America but the Guthrie also commissioned a new play, The Intelligent Homosexual's Guide to Capitalism and Socialism with a Key to the Scriptures. They also did an evening of Tiny Plays in which five of Kushner's lesser known short works were performed.

They did this with panache, offering terrific photos and news releases with real news and interesting facts. Their incredibly helpful public relations attracted interest from across the country, including this blog. The critics from the national media flocked to Minneapolis, and the out of town audiences were so large the theatre company hired a concierge to help with hotel arrangements. Selling almost every ticket they could print, the festival's revenues covered a healthy portion of the expenses involved. It was both an artistic and financial success.

Berkshire theatres often note that tickets only cover half of their operating expenses. But that is because they only sell 50-60% of their tickets. Imagine what consistent sell-outs would do. When I was at the Boston Ballet, we managed to get that figure up to 92% of all tickets sold, and that greatly reduced the need for panic fundraising.

Marketing and PR is often handled by people with little real expertise in the art of developing audiences, and so tickets go wanting. Part of the problem is that many companies don't take the task seriously as evidenced by the majority of recent college graduates and actor wannabes in that role in some American companies. With more attention to these staff positions, it is possible that for each additional $10,000 budgeted to hire a real professional in the field, you can expect an increase of $100,000 in ticket revenues. This is not a job for an intern or novice. Nor is it a job to be lumped with sixteen other responsibilities. 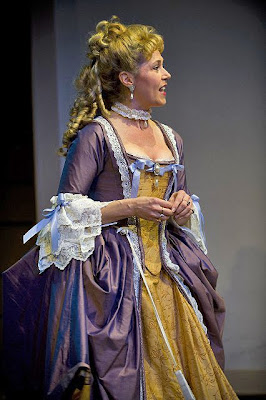 Teachout wrote that Elizabeth Aspenlieder is "a splendid stage comedienne whose zany acting is part of what makes Shakespeare & Company the best theater troupe in the Berkshires." She is also a very adroit publicist.

Of course, trying to find audiences when there have been a series of poor choices in production can also have a devastating effect. Audiences know when they are getting a cheap, under-rehearsed product, or an artistic director's vanity project instead of something worth paying for. There is also the important matter of audience comfort. How can it be that we pay ten times the price of a comfortable stadium movie theatre seat for perches barely able to contain a midget? That's a topic that will get analysis from me this spring.

But I digress from the main point of this entry. Which is to recommend a wonderful guide written today by Terry Teachout from the Wall Street Journal. If you have wondered what it takes to get someone from a major publication like the WSJ to cover your "hot" production, this is the ultimate guide. Teachout reveals his agenda and actually lists the playwrights and plays he will consider, and those he avoids like the plague.

He also takes on the common practice of sending out press releases for every minor event, and how it important it is to keep a theatre's website up to date and functional. Here's a sample: 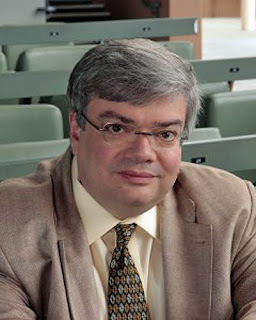 "You probably know that I'm the only drama critic in America who routinely covers theatrical productions from coast to coast. As I wrote in my "Sightings" column a few years ago:

"The time has come for American playgoers--and, no less important, arts editors--to start treating regional theater not as a minor-league branch of Broadway but as an artistically significant entity in and of itself. Take it from a critic who now spends much of his time living out of a suitcase: If you don't know what's hot in "the stix," you don't know the first thing about theater in 21st-century America.

"I also have a select list of older shows I'd like to review that haven't been revived in New York lately (or ever). If you're doing The Beauty Part, The Cocktail Party, The Entertainer, Hotel Paradiso, The Iceman Cometh, Loot, Man and Superman, Rhinoceros, The Skin of Our Teeth, The Visit (the play, not the musical), or anything by Jean Anouilh, Bertolt Brecht, Horton Foote, William Inge, Terence Rattigan, or John Van Druten, kindly drop me a line."

You can find his email address and the rest of his thoughts at the Arts Journal's About Last Night
blog which he writes with Laura Demanski (Our Girl in Chicago) and Carrie Frye.
Posted by Larry Murray at 10:45 AM