Prognosis for Brandeis and Rose Art Museum not good 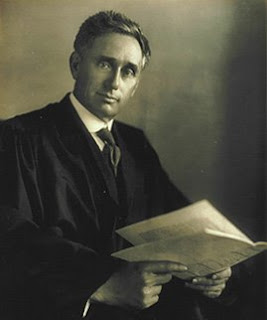 Louis Brandeis, after whom the University was named, believed n finding the best way to do something, and then to do it. It is doubtful he would consider dismantling a museum to pay for the temporary shortfall and failures of the current administration and trustees.

When Michael Rush, the Director of the Rose Art Museum says "it's over" should we take him at his word, or is he under orders to parrot the party line of the university bosses? From the Boston Globe:

Michael Rush, the museum’s director, was greeted with applause as soon as he stepped to the microphone but had a dire prognosis for the museum.

Even if there were hope of saving the museum, no donors would be willing to give money or art after what has unfolded this week, he said.

Following that story, perhaps the best comment ever comes from David Shapira: "More than Madoff and Rubin, Reinharz and the trustees bankrupted Brandeis - financially, academically, and morally - by betraying the trust of generations of past donors, removing a collection which brought the art world's scholars from afar, and most tragically, by forever removing one the great incentives for future donors worldwide to choose Brandeis as the guardian of their treasures."

"Now, unless the Rose is made a perpetual museum beyond the reach of administration shylocks - Brandeis future donations will plunge permanently - destroying the great opportunity of a diverse Jewish voice in the wilderness." 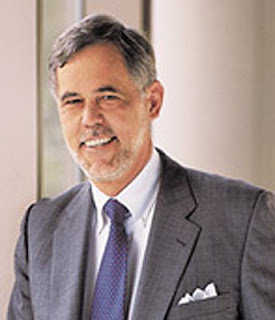 A voice in the wilderness? AAM’s President Ford Bell urges a different course of action for Brandeis.

In my previous entry, I hinted at the preferred policy of the IRS when disbanding large institutions like an arts museum. They do not like to see collections sold, and prefer to see them handed over to another nonprofit that can safeguard their future. This concept was underlined in a statement from the American Association of Museums:

"If it cannot afford to maintain and exhibit its collection, we urge Brandeis University to seek another steward of it. There are many fine museums in the region capable of caring for these works, even on a temporary basis, while the university explores other options. In choosing an alternate solution to the sale and irrevocable loss of the collection that was entrusted to its care, the university would serve as a role model for its students, faculty and community."

Of course the issue is not that Brandeis can or can not afford to maintain the museum, it certainly has not been a drain on the university, quite the opposite. The problem is that the trustees and administration appear to view it as nothing more than a convenient cash cow to be plundered to cover their own shortcomings.
Posted by Larry Murray at 7:46 AM