Broadway's Phantom of the Opera at Half Price

Broadway Ticket Deal of the Week

Can it be more than two decades since the legendary Phantom of the Opera first opened on Broadway? I wonder how many different people have played the key roles since the first performances with Michael Crawford and Sarah Brightman. 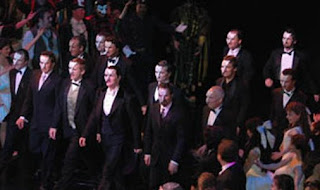 A phalanx of Phantoms

POTO is likely the most spectacular show on Broadway, and if you haven't seen it yet, have I found a deal for you. Half price tickets you can order by phone for performances between now and March 13, 2009. Tickets for orchestra and front mezzanine seats are just $60 for Monday to Friday evenings and Wednesday matinees. There are even some Saturday matinee tickets at $70. The only blackout dates I know of - so far - are February 14 and 16. Other dates will no doubt be added after this post appears and tickets continue to be gobbled up. 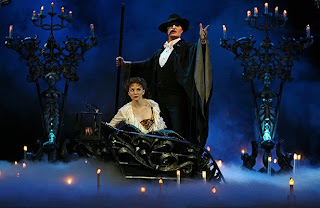 For the Broadway production, the roles of Christine and the Phantom are currently being performed by Jennifer Hope Willis and John Cadia.

So here is the deal. Just call 212-947-8844 and use code PHNYTW9. You can also go to BroadwayOffers.com and enter the same code number. 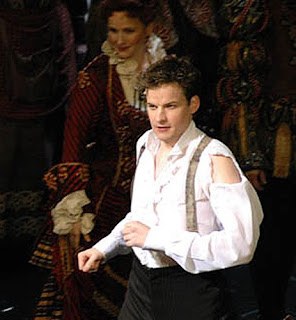 Tim Martin Gleason as Raoul has spent most of his adult life with Phantom.
Posted by Larry Murray at 10:54 AM