"Wait for the happy day to come when flesh melts at so many degrees and the night of the moon has so many hundred hours." - Winnie, Happy Days 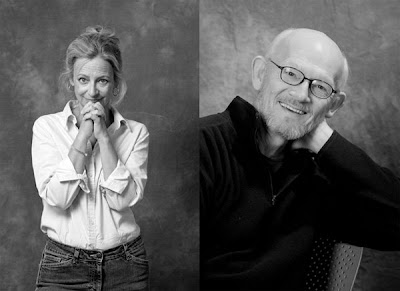 Sally Wingert will take on the character of Winnie while Richard Ooms transforms himself into Willie. Photos by Mike Habermann.

From Minneapolis comes news of a fresh production of Samuel Beckett's two-character drama Happy Days to be directed by Rob Melrose. Undertaking the complex roles of Winnie and Willie are Guthrie veterans Sally Wingert and Richard Ooms.

Preview performances begin February 14; Opening February 18 and slated to run through March 8, 2009 at the Dowling Studio of the Guthrie.

Productions of Happy Days always create a lot of buzz, and this print interview with Fiona Shaw is enormously insightful as is the video (above) which I discovered through Douglas McLennan and his Arts Journal video feature.

Beckett's intense and concentrated two-character drama features an eternally optimistic Winnie inexplicably buried waist-deep in a mound of earth, clinging to her life of arbitrary routines and rituals. Her husband, Willie, appears from time to time and replies only occasionally to her cheerful chatter, a source of comfort as she remains ever hopeful that "this is going to be a happy day." With its vivid sense of the bizarre and a blend of humor and compassion, Happy Days represents one of the Nobel Prize-winning writer's finest works. 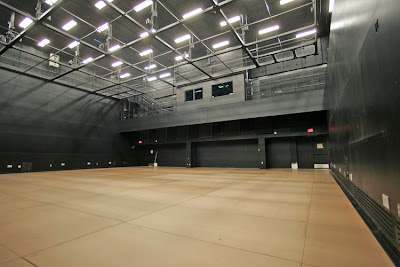 The Guthrie's Dowling Studio is a state of the art black box theatre, seen here before it is configured for "Happy Days". Michal Daniel photo.

As with most of Samuel Beckett's works, the play is minimalist, concentrated to the bare elements needed to make Winnie's resilience apparent in the stream of her thoughts and emotions, allowing the Irish playwright, poet and novelist an opportunity to offer a penetrating and uncompromising exploration of the human condition. As is the case with all of Beckett's work for the stage, Happy Days is an utterly spare and precise play, with every detail carrying the exact weight and degree of importance determined by the author. 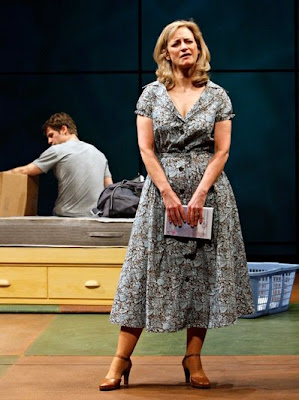 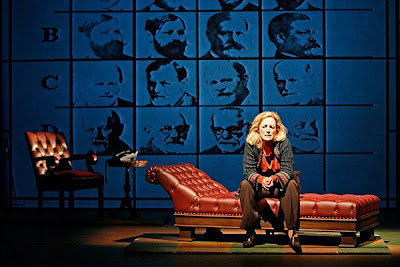 Another view of Sally Wingert in the Guthrie's THIRD, Photo by Michal Daniel.