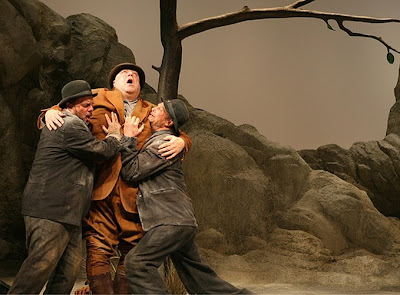 Be still my heart. Nathan Lane, John Goodman and Bill Irwin star in Roundabout's Waiting for Godot. Photo Joan Marcus.
For many, this is the ultimate cast for Beckett's classic Waiting for Godot. They have given this classic enigma of a play a new lease on life, one we have been awaiting since last summer's incredible Godot at the Berkshire Theatre Festival in Stockbridge, MA which featured Randy Harrison as Lucky. In the Roundabout Theatre's version, Lucky is played by John Glover, who we all know from his dual roles in Love, Valour, Compassion (Broadway and the film version) and of course, the series Smallville where he gets to play next to Tom Welling and Michal Rosenbaum. 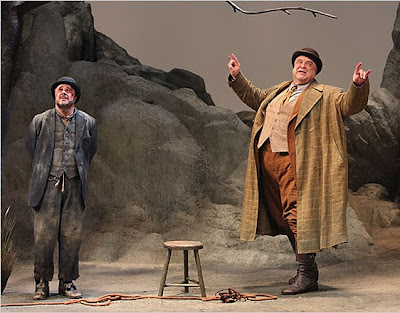 Nathan Lane as Estragon and John Goodman as Pozzo in this stunning photo by Sara Krulwich of the New York Times.
As we always try to do, we have found a special deal on tickets for our frugal friends, so that you can see this great cast - the incredible Nathan Lane, the incomparable Bill Irwin, the sensational John Goodwin (who blew the critics away) and the always surprising John Glover. 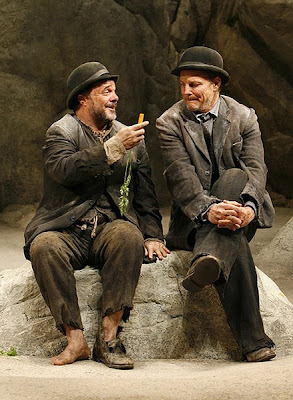 Carrot or radish? Nathan Lane and Bill Irwin. Photo Joan Marcus.
We have also raided the Roundabout Theatre's website and press resources for some pretty stunning pictures of the production which we include here. Who can't resist seeing this classic play in which nothing happens. Twice. If you've been waiting for a great ticket deal wait no longer. 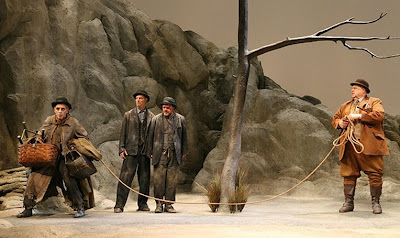 John Glover, Bill Irwin, Nathan Lane. and John Goodman in Waiting for Godot. Photo Joan Marcus.
To get this discount, you can call 212-719-1300 and use code WGTKW. Or go to the Roundabout Theatre ticket order page and enter code WGTKW. Limit 8 tickets per order, subject to availability and can not be combined with other discounts. Valid for perforamnces 4/7 to 4/29/09. 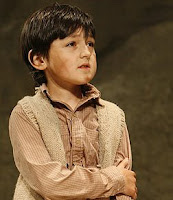 "Mr. Godot will not be coming today." 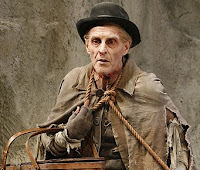 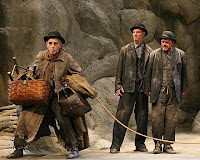 We'll be coming to NYC mid-July. Any chance this will still be playing?

The production is scheduled through July 12, 2009. Considering the demand for their actors, it's unlikely that there will be an extension. I would plan to watch the Tony awards this Sunday to get some samples of other shows that may be running. And I'll keep an eye out for ticket offers too.