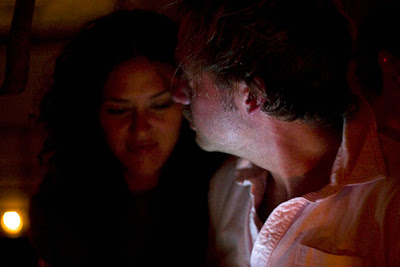 Live theatre and concert managers have been running into another problem lately - patron complaints that their neighbors texting during the performance prevented them from fully enjoying the show.

Those that want to Tweet their opinions of course claim that they do it silently, and it doesn't bother anyone. Obviously they have not had to endure the jabs of the elbows when both hands are fully involved, or that intrusive glow, the rustling finding and returning the tortuous device itself, all virtually impossible to ignore by those close to the offending party.

Why even the New York Times has now reported the science that proves that a flashing or glowing light is almost impossible to ignore.

“People don’t understand that attention is a finite resource, like money,” she said. “Do you want to invest your cognitive cash on endless Twittering?" 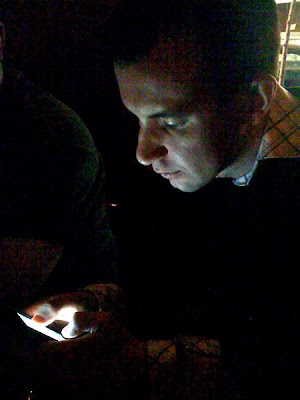 So add a request to please, Please, PLEASE! do NOT text during a performance to the litany of etiquette reminders to turn off pagers, cellphones and the like, remember where the fire exits are, and also, can you spare a little change for our shrinking coffers.

Seems to me as you get a younger audience finally buying tickets, there has to be a more user-friendly way to do it. Any suggestions?

"Please feel free to text your glowing reviews during intermission, but not during the performance," might work.
Posted by Larry Murray at 9:44 PM