"Next to Normal" Arriving on Broadway - We Have Earlybird Discounts 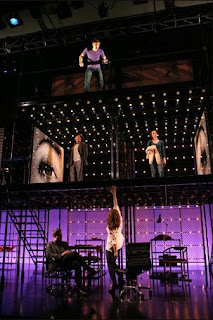 Next to Normal. Photo: Joan Marcus
Do we have a deal on the hot new musical Next to Normal for you! More on that later, but first you need to know why you should go. This contemporary musical explores how one suburban household copes with crisis. Through drama and music, it shows the length parents will go to in order to preserve the illusion of "normalcy." Of course, under the veneer of suburban conformity often lie unpleasant truths. Without them there would be no theatre, no soap operas, only boredom.

Next to Normal is the second of two productions that have made it from Molly Smith's Arena Stage to the Big Apple this year. 33 Variations starring Jane Fonda has already opened , while Next to Normal doesn't begin previews until March 27, and the show opens officially April 15.

Arena Stage’s production of Next to Normal went through four weeks of rehearsals and three weeks of previews before opening on December 10, 2008. For Arena’s production, five new songs were written and two new actors joined the ensemble: J. Robert Spencer as Dan and Louis Hobson as Dr. Madden/Dr. Fine. 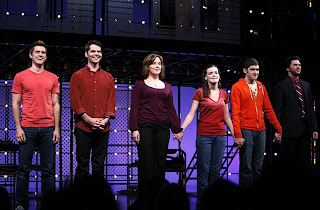 Producer David Stone states, “Anyone who has been involved with the creation of an original musical knows that much of the work happens in the rewriting. From the day after Next to Normal opened Off-Broadway through opening night at Arena Stage, Tom Kitt, Brian Yorkey and Michael Greif were committed to improving and rewriting this show with a level of dedication and focus I have seldom seen from a creative team.”

Arts America ran a photo report on Next to Normal earlier this year during its run in Washington, D.C. The news of its transfer to Braodway has been welcomed, the show deserves wider attention. One of the changes made is that the venue has changed from the Longacre to the Booth Theatre which is smack in the middle of all the action, on 45th Street, right at the corner of Shubert Alley. 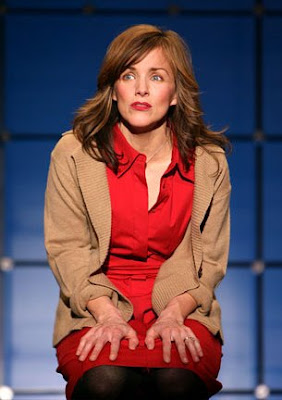 Alice Ripley. Photo: Joan Marcus
The D.C. cast is superb and continues intact, from the dynamic Alice Ripley to the heart-throb Aaron Tveit whose Berkshire appearances at Barrington Stage were notable for the crowds of admirers who greeted him after each performance of Calvin Berger in William Finn's Musical Workshop. Perhaps the time is drawing near for one of our in-depth interviews with this rapidly rising young actor, as well as the incredible Alice Ripley who continues to stir audiences to their feet. 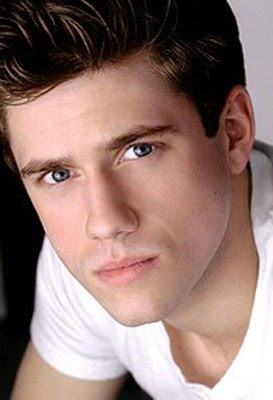 Aaron Tveit is on the rise.
In his review of the Arena Stage production, Peter Marks of The Washington Post, wrote, "Next to Normal is a moving, blisteringly honest, and inordinately powerful new musical, sung with a wallop by a six-member cast that includes the astonishing Alice Ripley, and dexterously directed by Michael Greif. Writers Tom Kitt and Brian Yorkey have stocked the musical with beautiful songs that get to the heart of the story- and simply get to the heart."

The discount deal we found for tickets to Next to Normal is simplicity itself: regularly $110-115 tickets in the orchestra and front mezzanine are $60.00 each if you use the code NNYT0316 and is good for all performances through May 10, 2009. Performances are Tuesdays at 7:00, Wednesday through Saturdays at 8:00 and SUnday at 7:30. The Matinees are Saturday at 2:00 and Sunday at 3:00.

You can call 212-947-8844 to order (remember to use the code) or go to BroadwayOffers.com and use the same code, NNYT0316. Offer expires May 10, but may be withdrawn at any time. Telephone and internet sales are subject to the usual service fees. 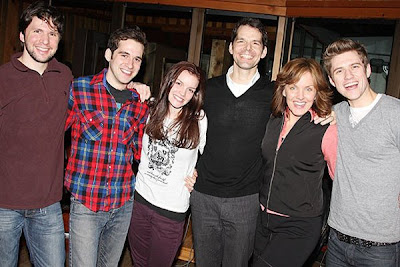 The original cast album is in the works. The cast has just finished recording it for Ghostlight Records. Exact date for the release of the Original Broadway Cast recording is not yet known. 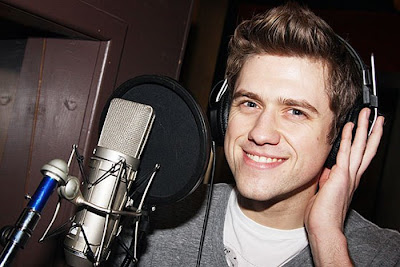 Aaron Tveit flashes his charming smile moments before singing as Gabe, son of Diana and Dan.
Photo by Bruce Glikas

Finally, here is a full ten minute preview of the show I found on YouTube. You can also find some fascinating clips of Alice Ripley and Aaron Tveit in other shows, performances and club engagements.