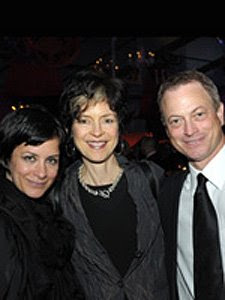 Ensemble members Anna D. Shapiro, Martha Lavey and Gary Sinise.
It is arguable that no American theatre company practices ensemble acting better than Chicago's famed Steppenwolf. Their entire approach to acting is built upon this foundation. But like a well functioning sports team, when the machine is highly trained and well oiled, stars invariably rise to the stop. Today we take a moment to consider two of them.

Gary Sinise is a co-founder of Steppenwolf and he joins the company and Board of Trustees in a very special gala on April 18th which is for their most ardent - and generous - supporters. There will be cocktails on stage, scenes from The Tempest, a seated dinner hosted by the ensemble, live auction, and capping the evening, a private show by Gary Sinese and the Lt. Dan Band to cap off the night of revelry. Tickets start at $1,000 and reservations can be made by contacting Tara Gillespie, Special Events Manager at 312-654-5682 or by email to tgillespie@steppenwolf.org 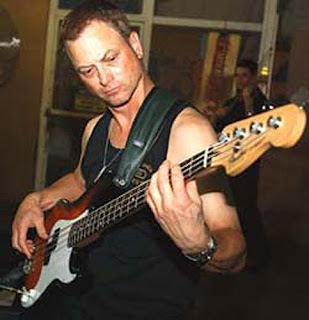 Gary Sinese has visited Iraq for USO shows with his Lt. Dan Band
Then coming up April 25 and running to May 10th is the Steppenwolf for Young Adults presentation Of Mice and Men by John Steinbeck. This classic play is set in the last Depression and is the tale of struggle and survival and the power of friendship.

Michael Patrick Thornton is directing, a fine actor who starred as John Merrick last season in Steppenwolf for Young Adults’ production of The Elephant Man. As a director, Michael has helmed productions at The Gift Theatre Company, where he is co-founder and artistic director. He received a Joseph Jefferson Award for his performance in Gift’s production of The Good Thief. 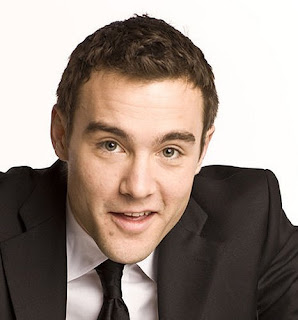 Robert Belushi
Then there is also Robert Belushi, son of Jim Belushi, who may still be a youngster to some, but sure is polishing his acting skills fast. Those who grow up in families of actors seem to blossom easily, perhaps because of the advantage of being able to learn from their parents, sometimes directly, sometimes by observation. Steppenwolf audiences are fortunate to be able to watch the rise and evolution of Robert Belushi as an actor.
Posted by Larry Murray at 2:55 PM