The Wrestling Patient: A New Generation Revisits the Holocaust 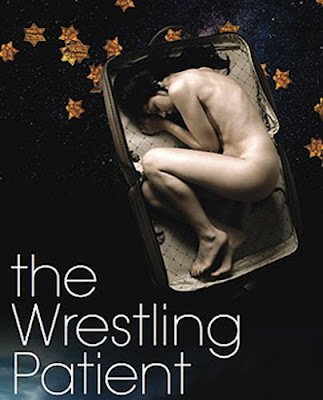 The Wrestling Patient is a new play which receives its world premiere this weekend. It promises to be an important work since it revisits the Holocaust through the words of Etty Hillesum, much as the Diary of Anne Frank did on Broadway half a century ago. (In that famous production Susan Strasberg played Anne Frank.)

That a whole new generation of artists are returning to this subject is important. Sadly this genocidal event is but a footnote to history for most people. But we must never forget. Most Americans were born after the horrors of the Nazi Holocaust took place. Indeed the depth of the atrocities didn't become widely known until after WWII was over and the newsreel footage revealed their demented "final solution" to the "problem" of the Jews. 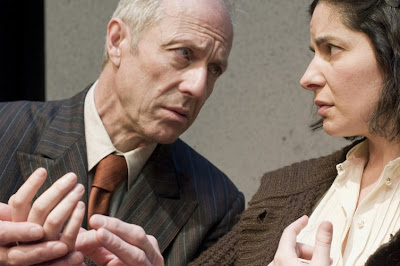 Will Lyman and Anne Gottlieb in a scene from THE WRESTLING PATIENT, running March 27 thru April 11 at the Calderwood Pavilion at the Boston Center for the Arts. Photo: Stratton McCrady. Tix/Info: 617-933-8600
Etty's story lends itself to dramatization. As WWII engulfs her native Amsterdam, Etty is confronted with a remarkable choice: to hold onto a kind of integrity, or to save her own life. With the help of a charismatic teacher, she enters into the emerging science of psychology and wrestles to answer the demons of her time by looking within herself. The Wrestling Patient brings to light Etty’s secret history of musical evenings, therapeutic wrestling matches, black-market strawberries, and midnight prayers. Her story is one of an amazing transformation during one of the darkest hours in history. You can learn more about The Wrestling Patient at www.wrestlingpatient.org.

The presentation has been gestating for some time. Three talented theatre artists came together to
create this remarkable tale. It was Anne Gottlieb who first secured the rights to tell Etty’s story, and who,
in 2005 brought on playwright Kirk Lynn. Lynn is the founder and co-artistic director of the Rude Mechanicals theater collective in Austin, TX, where he has had 16 of his plays produced. Mr. Lynn has also had success in New York with productions of his plays Lipstick Traces and Major Bang. In 2006, director Katie Pearl joined the project, which received a staged reading last March sponsored by SpeakEasy Stage. 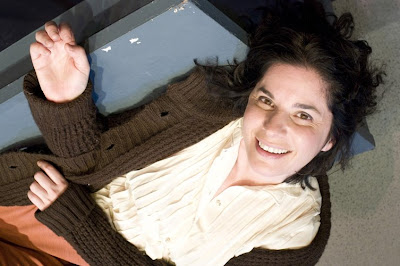 Anne Gottlieb takes a moment out from rehearsing THE WRESTLING PATIENT, a new play inspired by the life and writings of Dutch Jewish author Etty Hillesum. Photo: Stratton McCrady
The Wrestling Patient was selected as a finalist in the Outstanding New American Play competition administered by Arena Stage and sponsored by the NEA. The title role is played by Anne Gottlieb and also features Daniel Berger-Jones, Joel Colodner, Tom Gottlieb, Marya Lowry, Will Lyman and Will McGarrahan. Co-creator Katie Pearl directs. 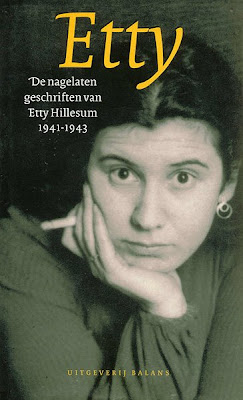 Etty's Writings Dramatized.
The Wrestling Patient will be performed in the Nancy and Edward Roberts Studio Theatre in the Stanford Calderwood Pavilion at the Boston Center for the Arts, 527 Tremont Street in Boston’s South End. Further information and tickets can be had by calling 617-933-8600 or visit www.wrestlingpatient.org.
Posted by Larry Murray at 12:49 PM