It's Hats Off to a Brand New Crowns at Arena Stage 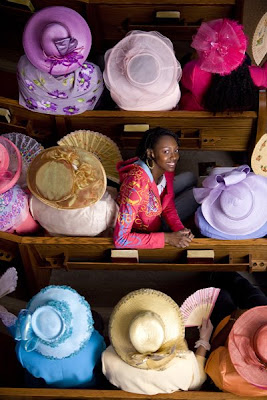 Crowns is back in town, and with it the incarnation of a new star - Howard University student Zurin Villanueva who was discovered in Arena’s January “Finding Yolanda” one-day casting search. This production marks her debut professional performance.

"Crowns is a pageant, in the great African-American tradition of pageants,” remarked Director and Choreographer Kenneth Lee Roberson. “This show teaches audiences about the values, style and grace of the African-American church community. Crowns demonstrates the handing down of culture from one generation to the next and celebrates the refuge, equality and healing that occurs in this place of spirituality.”

With musical direction by Grammy nominee e’Marcus Harper, this soulful musical will be bigger than ever in the Lincoln Theatre. In addition to Villanueva, Arena favorites Marva Hicks (The Women of Brewster Place) and E. Faye Butler (Dinah Was, Ain’t Misbehavin’) are joined by NaTasha Yvette Williams (Broadway’s The Color Purple), as well as Mary Millben, Kara Tameika Watkins and Phillip Boykin.

"The beauty of Crowns is in the stories and the relationship between the women,” notes Arena Stage Artistic Director Molly Smith. “It's a show about community, and it beautifully articulates the ties that bind us all. We are particularly excited to stage this show at the Lincoln Theatre, the historical home of so many great African-American performers like Duke Ellington and Billie Holiday.” 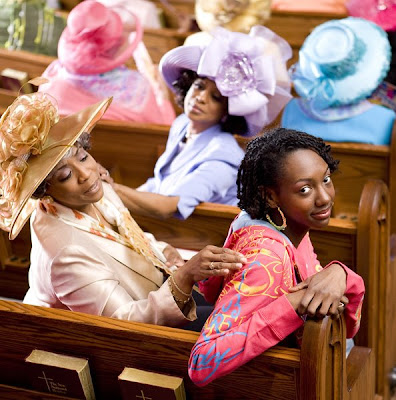 Another view of the Hat Queens.

Written by Regina Taylor and adapted from the acclaimed book by photographer Michael Cunningham and journalist Craig Marberry, Crowns takes an intimate look at six women whose storied lives are woven into the hats that adorn their heads. This gospel-infused musical presents an oral history of the African-American women affectionately known as “hat queens,” as seen through the eyes of Yolanda, a Brooklyn teenager sent to live with her South Carolinian grandmother. Crowns features soulful, joyful music that celebrates family and faith.

This season’s production marks the fourth (and likely most spectacular) staging of Crowns at Arena. The musical made its Arena debut during the 2003/04 season–winning four Helen Hayes Awards, including Best Resident Musical–and returned for a limited engagement that summer. Due to popular demand, Arena produced it again in the summer of 2005.

Tickets may be purchased online, by phone at (202) 488-3300 or at the Arena Stage Sales Office at 1800 S. Bell Street, Arlington, VA 22202. A limited number of $10 tickets for patrons ages 30 and under go on sale beginning each Monday for performances that week. (All patrons must present valid ID.) Check out HOTTIX, where a limited number of half-price, day-of-performance tickets, are available 90 to 30 minutes before curtain of every performance. 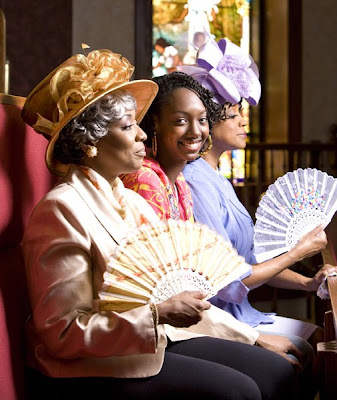 In addition, there are three special nights during the run:

The Salon – Monday, March 30, 2009 at 7:00 p.m.
In the spirit of artistic and literary salons of the past, The Salon features artistic leaders from Arena Stage in a series of lively, in-depth conversations with the playwrights, actors, directors, designers, dramaturgs and audiences that make Arena Stage unique. Reservations must be made through the Arena Stage Sales Office at (202) 488-3300.

Southwest Night – Friday, April 3, 2009 at 8:00 p.m.
An invitation is extended to our Southwest D.C. neighbors to buy $20 tickets, plus applicable fees, for one designated Friday evening performance of each production. Proof of Southwest D.C. residency or employment for each audience member of each party must be presented at the time of purchase. Tickets are limited to four per person and are based on availability. To purchase tickets, call (202) 488-3300 or stop by the Arena Stage Sales Office.

Out at Arena – Wednesday, April 8, 2009 at 7:30 p.m.
For gay and lesbian audiences on selected Wednesday evenings, a post-show discussion with cast members and a reception following the performance are offered. This could be quite interesting as most churches that serve African Americans are notoriously homophobic and in denial about the number of gay people of color. Indeed, young black men who are gay - and find little support in the community - have alarming rates of suicide. Check with the Arena Stage Sales Office at (202) 488-3300 for further details.
Posted by Larry Murray at 8:41 PM