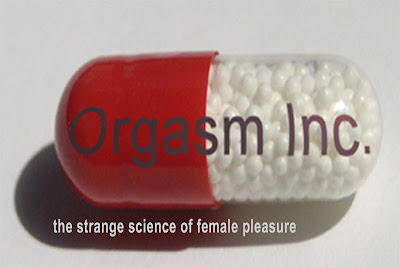 The final film in MASS MoCA's Lie, Cheat, Steal and Fake It documentary series is Orgasm, Inc., a feature-length documentary exploring the depths of female pleasure and the distances pharmaceutical companies will go just to make a buck. Orgasm Inc. will be screened on Thursday, April 29, at 7:30 PM in MASS MoCA's Club B-10. A full bar and snacks and Herrell's ice cream from Lickety Split will be available.

Filmmaker Liz Canner had been making documentaries on human rights issues such as genocide, police brutality, and world poverty for years when she decided to take a break and pursue something more pleasurable, no pun intended. When offered a job editing erotic videos for a pharmaceutical company that was developing an orgasm cream for women, she accepted. Excited about the opportunity to explore the mixture of science and female pleasure, she gained permission to document the work of her employers. She did not intend to create an exposé of the pharmaceutical world but, as she uncovered more about the process and goals of her employers, she felt compelled to dig deeper. She says, "[my] insider perspective allows the film to scrutinize the everyday patterns of pharmaceutical company work in order to explore a culture that has been perverted to place the drive for profit above our health." 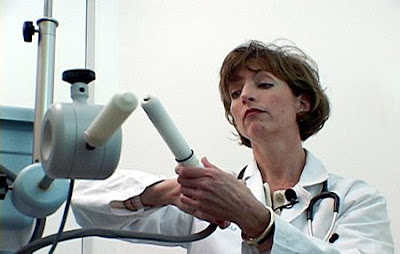 The search for a female orgasm drug.
In the film, Canner uncovers a company, Vivus, who lost the race for a drug to aid erectile dysfunction when Pfizer beat it to the market with a much larger advertising budget. Vivus executives believe that their product will work just as well on wome, and the company forges ahead with development of a drug that has no particular "disease" that it is intended to cure. In an expert sleight of hand Vivus creates a new syndrome which its drug will treat: Female Sexual Dysfunction (FSD). The reason why thousands of women fail to enjoy intimacy is because they suffer from FSD, and Vivus becomes the largest advertiser and advocate for a cure.

Aside from meeting and interviewing drug company CEOs, field-testers, and number-crunchers, Canner films doctors, scientists, and psychiatrists who are resisting the pharmaceutical industry's notion that sexual dissatisfaction is a "disease" that needs to be treated with a drug. Additionally, she profiles a sex shop owner who crashes pharmaceutical conferences to educate the doctors in attendance, a vintage vibrator collector who provides insight into the history of female sexuality, and a professor whose monkeys have taught him to pay more attention to women. They all profess that the key to sexual satisfaction is to change not just our sex lives but also our society. Canner has stated that her disagreement is not about the idea of a drug to help women achieve satisfaction but rather the assumptions these drug-mongers make about who and what women are.

The film (and all the films in the Lie, Cheat, Steal and Fake It series) will be introduced by Williams College professor Shawn Rosenheim who will also lead a post-screening discussion with other scholars and activists. 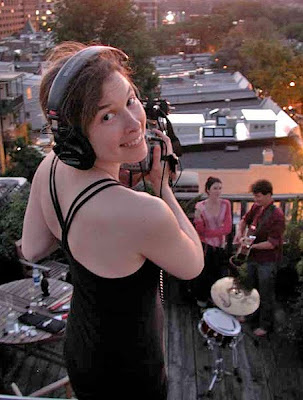 Canner shooting the film Orgasm, Inc.
Canner earned a BA with honors in both Visual Arts and Anthropology from Brown University. Her subsequent work has received more than 40 awards, honors, and grants. Her projects have been supported by foundations such as The National Endowment for the Arts and the Paul Robeson Fund for Independent Media. A number of her films have been broadcast on PBS and on public television around the world. She has screened films at the New York Film Festival and the Human Rights Watch International Film Festival, among others. Her film, Deadly Embrace: Nicaragua, The World Bank and the IMF, on the effects of IMF and World Bank policy, was one of the first documentaries to look critically at globalization. Canner was also recently named one of the "top 10 independent filmmakers to watch" by The Independent Magazine.

Tickets for the screening of Orgasm, Inc. are $8 for adults and $5 for students. MASS MoCA members receive a 10% discount. Tickets are available through the MASS MoCA Box Office located off Marshall Street in North Tickets can also be charged by phone by calling 413.662.2111 during Box Office hours or purchased on line at www.massmoca.org. Snacks and Herrell's ice cream from Lickety Split and full bar are available before and during the film.
Posted by Larry Murray at 3:52 PM