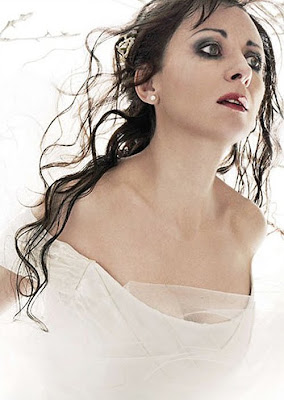 Lucia is loosely based upon Sir Walter Scott's historical novel The Bride of Lammermoor. It is a role that makes stars.
Opera in the Berkshires and Western Massachusetts has become a rare treat, and fully staged operas are to be cherished.

So it comes as great news that Commonwealth Opera, a professional opera company in residence in Northampton, Massachusetts, will be presenting two performances of Donizetti’s Lucia di Lammermoor on Friday May 7 at 7:00 PM and Sunday May 9 at 2:00 PM at The Academy of Music Theatre in Northampton. Best of all, it is happening at a time that there is in the "shoulder" season, before the hectic summer. 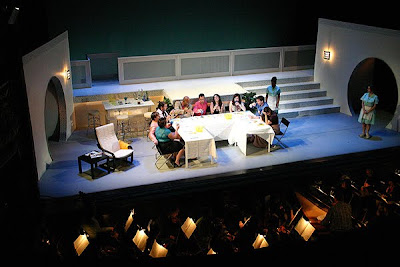 November's Cosi fan Tutte marked Commonwealth Opera's debut as a fully professional company. The company itself was founded more than three decades ago.
For those who might not be familiar with Donizetti's masterpiece, the opera Lucia follows a tragic heroine caught between family obligations, a forceful brother’s will, and her true love - her family’s sworn enemy! This star-crossed love affair takes place in 17 century Scotland.

Enrico has promised his sister, Lucia, to Arturo, but Lucia loves Edgardo. Fearing her brother's rage, Lucia and Edgardo agree to keep their love a secret. Edgardo leaves on a diplomatic mission, but Enrico learns of his sister's relationship. In Edgardo's absence, Enrico gives Lucia a letter he forged to make her think that Edgardo has been unfaithful.

Devastated, Lucia consents to marry Arturo. Edgardo bursts into the wedding celebration to claim her, but seeing her infidelity he curses Lucia and leaves. Enrico follows Edgardo and challenges him to a duel, meanwhile Lucia and Arturo retire to their bridal chamber where Lucia stabs him to death and goes mad.

In the most famous scene of the opera, she wanders into the ongoing wedding festivities, crazed and covered in blood, imagining she is married to Edgardo, and then falls down dead. Awaiting Enrico's arrival for their duel, Edgardo learns of Lucia's death and, distraught, he stabs himself and dies, hoping to join his beloved in heaven.

This "Mad Scene, "Il dolce suono...Spargi d'amaro pianto," has historically been a vehicle for several coloratura sopranos (providing a breakthrough for Dame Joan Sutherland) and is a technically and expressively demanding piece as the video clip below demonstrates. It features Sumi Jo in a concert version of the aria. I can hardly wait to see it fully staged in Northampton.

Some sopranos, most notably Maria Callas, have performed the scene in a come scritto ("as written") fashion, adding minimal ornamentation to their interpretations. Most sopranos, however, add ornamentation to demonstrate their technical ability, as was the tradition in the bel canto period. This involves the addition and interpolation of trills, mordents, turns, runs and cadenzas. Almost all sopranos append cadenzas to the end of the "Mad Scene", sometimes ending them on a high E-flat.

Donizetti’s lush dramatic masterpiece comes to beautiful life in this new, fully staged period production directed by Eve Summer under the baton of Commonwealth Opera music director Ian Watson. This three act opera boasts stunning bel canto arias, magnificent choruses, and a passionate love story for the ages. The opera will be sung in its original Italian with a simultaneous projected English translation.

The scenic design is by Julia Noulin-Merat, costume design by Toni Elliott, and lighting design by Ben Pilat. 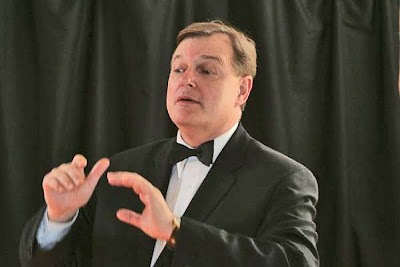 Tickets are priced from $10 - $50, and may be purchased directly through Commonwealth Opera (all box office fees will be waived) by calling 508-847-0517. The Academy of Music Theatre's box office begins sales April 16th at http://academyofmusictheatre.tix.com or at 413-584-9032 x105. Box office fees may apply. Some tickets will be available for students the day of performance at $8.00.
Posted by Larry Murray at 2:23 PM