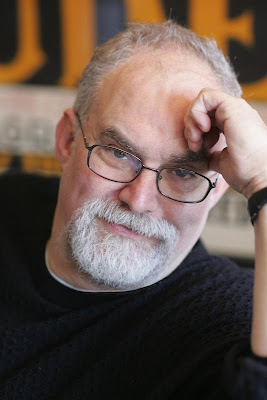 William Finn has been nominated or won Tony's for his Falsettos and 25th Annual Putnam County Spelling Bee, as well as numerous Drama Desk nominations and awards.

If it's Labor Day Weekend, it means it's time for Bill Finn, a composer of many award winning Broadway shows to put his pen down and direct the spotlight to the young, up and coming writers of music and lyrics whom he has been mentoring. With Finn there are always pleasant surprises that we are fortunate enough to share. As busy as he is, Finn found a few minutes to bring us up to date.

"The process of getting established is difficult," says Finn, so "we introduce the new voices first to the Berkshires, and then the world." Turns out Finn has a special twist up his sleeve for this weekend, too. Something beyond the annual rendition of Songs by Ridiculously Talented Composers and Lyricists you probably don’t know but should... which plays Friday, September 4 and Saturday, September 5. He has surprises slated for that show of course.

But as the announcer in the infomercial says, But wait! There's more!

A second event has been added on BSC's Stage 2 where Finn's Musical Theatre Lab, now in its fourth season, will present a reading of a new musical, Memory Is The Mother Of All Wisdom by Zachary Elder and Sara Cooper. Performances will take place at BSC’s Stage 2 space, 36 Linden Street , Pittsfield , on Saturday, September 5 at 4pm and Sunday, September 6 at 7:00pm. The show stars Catherine Cox and Leslie Kritzer, with direction by Joe Calarco.

Finn has put aside his current work on the score for Little Miss Sunshine for these end of summer shows. (The musical version of this classic will be directed by James Lapine and is destined for Broadway.) Though we won't hear any music by Finn, he promises a night to remember. Finn takes the stage to tell the stories behind the music, how it begins as an idea and takes shape.

"It's a really interesting look into the creative process," says Finn, people always enjoy a look behind the curtain. "You're constantly amazed at how talented some of these young people are." Finn is more like a coach than a teacher, and loves working with the evolving composers and lyricists. "Besides, seeing them before they are known names, and trying to pick out the ones who are going to succeed is always fun," he adds.

Most of what happens on stage is unique, surprising, and collaborative, with the creative hand of BSC Artistic Director Julianne Boyd guiding it all. Things are tinkered with right up to the last minute. All the work is fresh and new, though if you are a musical theatre addict you probably have heard one or two of the songs at earlier Theatre Lab events. Finn narrates this fresh, fun introduction to new voices in musical theatre.

(LtoR) Singers Sally Wilfert, Nikki Renee Daniels, Pearl Sun
Directed by Julianne Boyd, this is a Labor Day weekend celebration of extraordinary new songs. Finn shares with the audience what makes a good lyric, why some work and others don’t – you’ll feel as if you’re in a master class in songwriting taught by the master himself. Matt Castle serves as musical director. 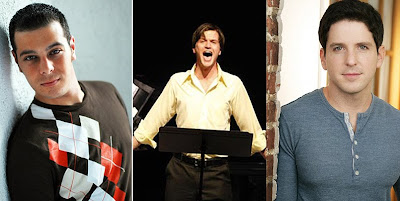 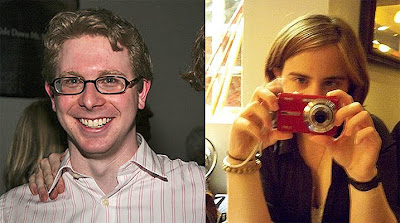 The songs of Eric Price and Kat Harris will be included.
Meanwhile, on Stage 2, Memory Is The Mother Of All Wisdom (MITMOAW) is a two-person comic tragedy about the troubled relationship of a woman who has just been diagnosed with Alzheimer's and her estranged daughter who moves back home to Brighton Beach to take care of her.

Finn describes Memory Is The Mother Of All Wisdom as "Funny and heartbreaking; and moving in many unimaginable ways. This is a story of a mother and daughter trying gamely to hold on to what they remember of each other...it's amazing how painful hilarious can be.”

Memory Is The Mother Of All Wisdom was developed at the Graduate Musical Theatre Writing Program at the Tisch School of the Arts at NYU, where Elder and Copper met and received their graduate degrees.

Barrington Stage Company’s Musical Theatre Lab fourth annual edition of Songs by Ridiculously Talented Composers and Lyricists you probably don’t know but should… will play Friday, September 4 and Saturday, September 5 at 8pm at Barrington Stage ( 30 Union Street ). Memory Is The Mother Of All Wisdom will take place at BSC’s Stage 2 space, 36 Linden Street , Pittsfield , on Saturday, September 5 at 4pm and Sunday, September 6 at 7:00pm. $15 suggested donation for Stage 2 while the Main Stage Tickets are $35. You can call 413-236-8888, or order online at www.barringtonstageco.org.
Posted by Larry Murray at 1:01 PM