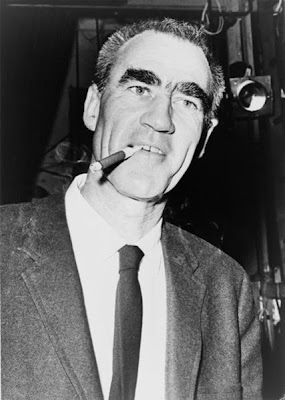 Playwright William Gibson honored.
From Jeremy Goodwin comes news that friends and fans of the late playwright, novelist and poet William Gibson, and psychotherapist and author Margaret Gibson, gathered yesterday to remember them. There was an intimate celebration of the Gibsons’ lives at Shakespeare & Company’s Elayne P. Bernstein Theatre, co-produced by S&Co. and the Berkshire Theatre Festival. A group of artists long associated with both S&Co. and BTF gathered to perform scenes from Mr. Gibson’s plays, as well as to read from Mrs. Gibson’s writings. 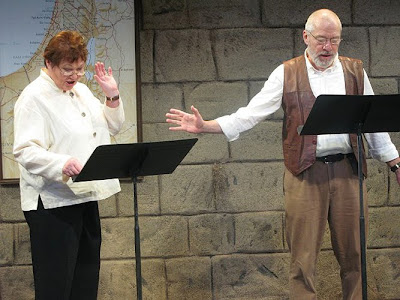 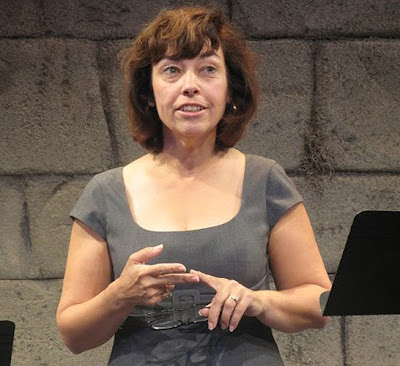 Berkshire Theatre Festival Artistic Director Kate Maguire
Maguire and Packer were joined by fellow actors Jonathan Epstein, Eric Hill, Dennis Krausnick (S&Co. Director of Training), and Annette Miller. Miller opened the program with a performance of a scene from Gibson’s Golda’s Balcony. This was followed by reminiscences about the Gibsons and readings from Mr. Gibson’s Jonah’s Dream, American Primitive, A Cry of Players, and The Miracle Worker. Eric Tucker directed the program and read aloud from Mrs. Gibson’s work. After the hour-long program, the invited crowd of about fifty adjourned for a reception, slideshow, and further discussion about their old friends. 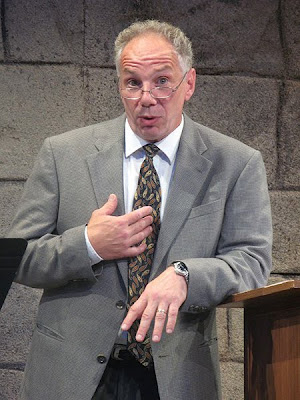 Jonathan Epstein
According to Broadway World, Gibson's most famous play is The Miracle Worker (1959), the story of Helen Keller's childhood education, which won him the Tony Award for Best Play. His other works include Dinny and the Witches (1948, revised 1961), in which a jazz musician incurs the wrath of three Shakespearean witches by blowing a riff which stops time; the Tony Award-nominated Two for the Seesaw (1958), a recounting of which production appeared the following year in Gibson's nonfiction book The Seesaw Log; the book for the musical version of Clifford Odets's Golden Boy (1964), which earned him yet another Tony nomination; A Mass for the Dead (1968), an autobiographical family chronicle; A Cry of Players (1968), a speculative account of the life of young William Shakespeare; Goodly Creatures (1980), about Puritan dissident Anne Hutchinson; Monday After the Miracle (1982), a continuation of the Keller story; and Golda (1977), a work about the late Israeli Prime Minister Golda Meir, which in its revised version Golda's Balcony (2003) set a record as the longest-running one-woman play in Broadway history on January 2, 2005. 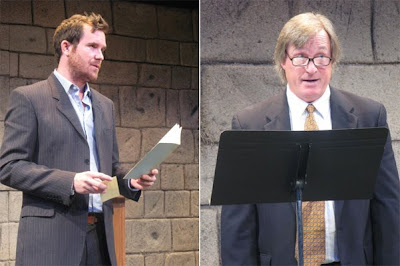 Eric Tucker and Eric Hill
In 1954 he published a novel, The Cobweb, set at a psychiatric hospital resembling the Menninger Clinic. In 1955, the novel was adapted as a movie by Metro-Goldwyn-Mayer. Gibson married Margaret Brenman-Gibson, a psychotherapist and biographer of Odets, in 1940. She died in 2004.
Posted by Larry Murray at 4:06 PM