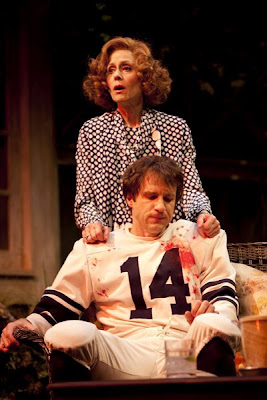 Judith Light and James Waterston in Children.
Photo by T. Charles Erickson
For five days only, today until June 30, you can buy TWO tickets to the Williamstown Theatre Festival for just $55.00, that's an amazing $27.50 each for what is arguably the best live theatre outside of Broadway. This offer is being made to the Berkshire Community to help us share in their Fifty Fifth Anniversary Season. Regular ticket prices are $50-59 for Children on the Main Stage and $30-35 for Knickerbocker at the Nikos.

The offer is only valid for performances of Children and Knickerbocker both of which open soon.

CHILDREN
by A.R. Gurney
directed by John Tillinger
July 1-12
Tony-nominee John Tillinger directs this timeless Gurney classic set in a large summer home on an island off the coast of Massachusetts. When an estranged brother’s return and a mother’s impending marriage recall painful memories of their father’s death, seething arguments reignite one family’s struggle with its tragic past and uncertain future.

KNICKERBOCKER
by Jonathan Marc Sherman
directed by Nicholas Martin
July 8-19
Are you ready? The question looms over Jerry as the months tick by and his unborn son grows from the size of a peach to the size of, well, a baby. As the birth date creeps ever nearer, will the advice, encouragement and warnings of friends and family make Jerry more or less ready? The awe and terror of becoming a new parent shines through Sherman’s newest play as he examines whether one can ever truly be ready for parenthood. Artistic Director Nicholas Martin directs this world premiere. 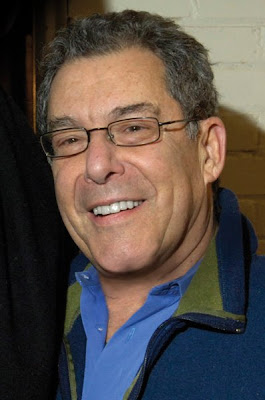 WTF Artistic Director Nicholas Martin.
There is a new and exclusive interview of Nicholas Martin in Berkshire Fine Arts which reveals that his directorial and artistic magic touch is still a much sought after commodity on Broadway, despite the stroke he suffered last fall. Theatre people never slow down, they just soldier on.

The Williamstown Theatre Festival box office is open Tuesday to Saturday from 10 to 5 and Sundays 11 to 4, and closed on Mondays. Offer valid through June 30, 2009 only for any performance of CHILDREN or KNICKERBOCKER. Tickets must be purchased either by phone at 413.597.3400 or in person at the box office using the code “55–2009.” This offer cannot be combined with any other discount and is not applicable to previously purchased tickets. Tickets and seating subject to availability. Standard box office policies apply. All sales are final. No refunds or exchanges.