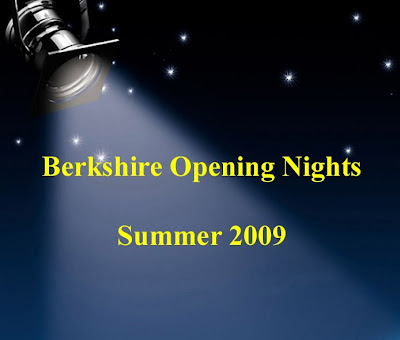 It's going to be another whirlwind summer for those of us who love the theatre and cabaret, and here's a list of the significant openings that are on our calendar. Those marked with an asterisk (*) are the ones we plan to attend and either review or do a special preview in Berkshire Fine Arts or here. Also included are several quasi-theatrical events that may also be of interest to you.

The dates above are the official opening hight dates, and in most cases there are additional performances before and after the one given. Contact the theatre for specific information.

For details on what is playing right now, always check the current preview/guide story on the home page of Berkshire Fine Arts. For information on other theatres not listed here, including many well beyond the Berkshires, you will find that Gail Sez is an invaluable resource, too.
Posted by Larry Murray at 12:45 PM