Mad Men series from AMC worth renting via Netflix 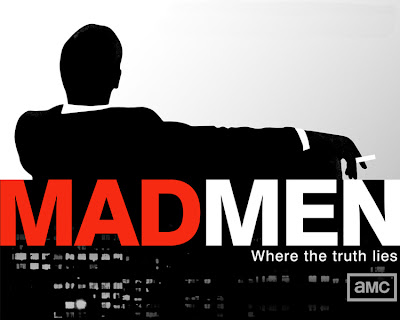 The series is on rentable DVD's from Netflix and others.

With all the drinking that will be going on this New Year's Eve, it's a perfect time for you to discover Mad Men which is a bit of a cult series that was made for AMC.  I have been catching up with it thanks to Netflix. I would recommend it at your local video store, but places like Blockbuster and Movie Gallery have such paltry selections, you will end up frustrated.

Mad Men is set in the advertising world of the 1960's, full of never-ending cocktail hours, deceit and lies, worry-free smoking, and ego-stroking ladies men.  Women also led one-dimensional lives, their sins leaning towards anorexia and vanity, and they tend to be as duplicitous as the men. Well, mostly. In this series, nobody is immune to the sins of the era. The naieveté of the times is stunning. 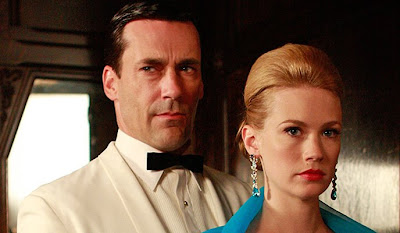 Jon Hamm and January Jones were nominated for Golden Globes, as was the series. 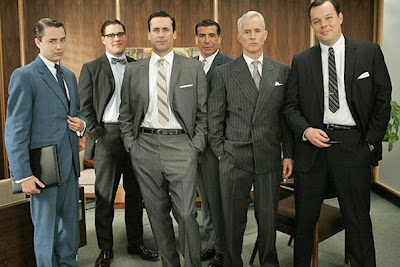 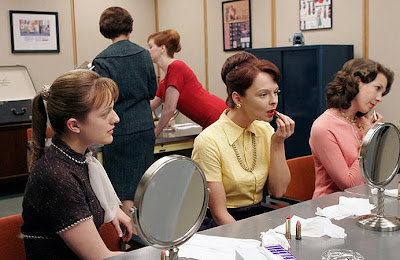 My Own Advertising Agency Background

I spent those very years as a copywriter, account executive and media buyer in Boston's advertising world - I worked with Arnold and Company, Quinn and Johnson and did freelance work for the infamous BBDO. I was inspired to my radicalism by the shallowness of the culture, and to my former alcoholic excesses... 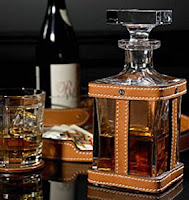 ...which were encouraged by the acceptance of the practice of drinking at lunch, and having a bottle at the ready on the office credenza.

If you are younger, you may view this series (scheduled for a third season this summer) as fiction or an anachronism. But let me tell you, it was as real and disgusting as portrayed.

As for me, by the late 60's I had moved on to the client side as an advertising manager for Sweetheart Plastics where I helped develop the market for disposable cups, plates and utensils in fast food establishments. Somehow I was even named one of America's top ten Packaging Experts by Plastics World magazine. I still have the clipping. And I still feel the shame.

I have been doing my penance ever since.


One more note on the Mad Men series and the Golden Globe Awards. They missed a couple of nominations. 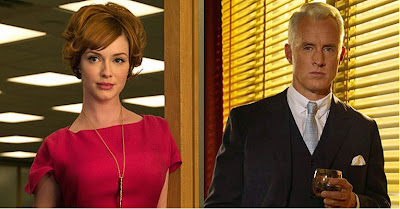 I think both Christina Hendricks and John Slattery should have been nominated for their memorable work as well.
Posted by Larry Murray at 2:29 PM