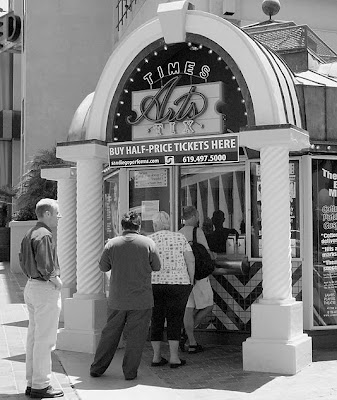 
In Southern California it is the San Diego Performing Arts League that runs their ARTS TIX operation. The creation of the League and its former director, Alan Ziter, it took many years for it to establish itself, but it has become a major benefit to area arts organizations.

Once just a shared box office, there are two ticket booths, one downtown near the Horton Center and one in Escondido.