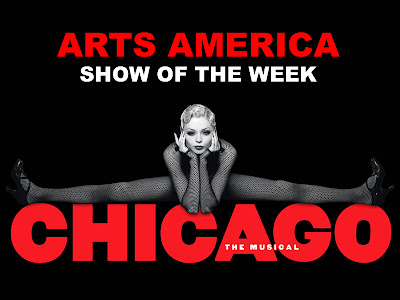 
After Nancy Coyne hurled her disdain at "tourists from Cleveland" (see previous blog entry) the blockbuster show Chicago the Musical responded. They are not a show that is handled by Coyne's ad agency, so perhaps they were more sensitive to the hurt her remark engendered. They announced that "Chicago Loves Cleveland" and have offered free tickets to the musical to those from Ohio - see details below.

Because of the speed and generosity of the response, we are declaring Chicago our Show of the Week! You don't even have to be from Ohio to find a great ticket deal on it. But first a little about why this is indeed a terrific show to see. 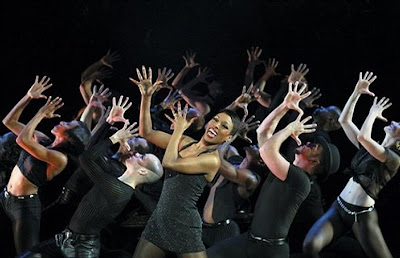 Brenda Braxton has rejoined the cast!

It is one fast paced musical with great songs by tunesmiths John Kander and Fred Ebb, based on the original play by Maurine Dallas Watkins, co-authored and directed by the late Bob Fosse. The choreography is by Ann Reinking and John Lee Beatty did the sets.

It boasts a great cast, which includes the return of Brenda Braxton as Velma, the gorgeous Charlotte d'Amboise as Roxie, Tom Hewitt as Billy Flynn, and Lavon Fisher-Wilson as Matron "Mama" Morton. You can see and hear them in action with the widget just below:

During the month of January, you can go to the Ambassador Theatre (219 West 49th Street) box office window on a Tuesday, Wednesday or Thursday, show a government issued photo ID proving you live in Ohio, and you will get in free that night. Of course, there are a limited number of seats, but how can you beat such a deal.

Nancy Coyne who started this brouhaha represents 24 Broadway shows, will reportedly be giving away tickets in January and February on Cleveland Radio. I am searching for more details.

3. For Everyone Else, including New Yorkers.

Chicago is running a promotion in which you receive one free ticket with every three you purchase. In addition you will receive a free CD of the show. The promotion code to use is CHDR08. This is limited to sales from now until December 31, 2008 but is valid on most performances through March 20, 2009. Some blackout dates apply. You can take advantage of this at the Ambassador box office (no service charges) or by calling or visiting Telecharge at 212-239-6200 (service charges apply.)
Posted by Larry Murray at 12:06 PM