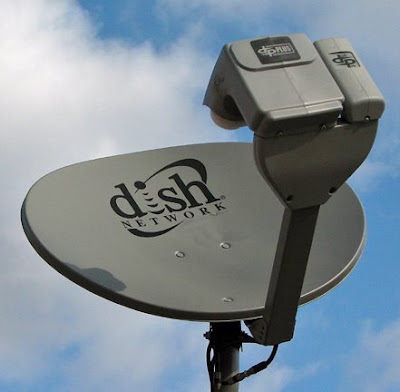 Here's the dish on the Dish blackout.

Yesterday, Dish customers in the following cities each lost one of their local stations. Here is the list.

Of course, the Dish flacks are trying to play this as a David vs. Goliath contest, but they are the big bullies on the block. Trying to make sense of the Dish propaganda loop that has replaced the station (in my case WTEN in Albany) is futile. It's all pretend apologies, no real explanation and double talk. Michael McKenna, the robotic "Director of Programming" who delivers this spiel is about as interesting and enlightening as a box of dirt, and as convincing as Sarah Palin. Watch him closely as he says he is "sorry for any inconvenience" this is causing. If there was ever a blander, less sincere apology, it would have to be the greedy Mr. Potter in "It's a Wonderful Life." He might as well be commenting on the weather.

All this smoke and mirrors as to what is really going on just makes me crazy. I don't buy their lawyerly non-statements.

You see, The Young Networks which owns the eleven stations in question is asking Dish to pay them (as they pay all their programming sources) an outrageous penny per customer per day for their channels. Considering that the rapacious owners of Dish Network charge their customers, like me, $5.99 a month for the local programming, all seven of the local stations I receive might cost them something like $2.00 a month, so they get to keep the balance of four dollars or so.

And while the negotiations were going on, Young offered Dish to continue broadcasting, but Dish is responsible for the decision to pull the plug, probably as a negotiating gambit, we subscribers be damned.

That is sheer gall and greed, don't you think?

Dish officials claim that Young is asking for "unreasonable" compensation to carry its local channels. By law, a TV provider can not carry a local station without its permission, which has led to numerous disputes between providers and the stations over the last few years.

But here is what WTEN says in response:

We know that it is important to keep you informed, and therefore, we want you to know the FACTS:

The Dish Network appears to take their customers for granted, and so instead of explaining the current battle with Young Broadcasting simply, and trusting us with the straight facts, they distort and obfuscate their words in order to either confuse or mislead their paying subscribers. They have succeeded in making me totally mistrust their intentions. Trying to research news reports on this it seems that Dish almost always has "no comment". These are not the actions of a credible operation, but the tactics all to typical of those who want to hide the truth from the public.

So despite all of Dish's protestations, what all of this comes down to is a penny a day per station per subscriber. I suppose Dish expects to pay next to nothing for their programming - which already contains excessive commercials and promotions. I would love if we actually paid something close to what they do plus say a ten percent profit - but no, they turn around and charge us $50-100 a month for the programming they buy at bargain rates.

They keep these sorts of details hush-hush. If you knew what the real numbers were, you would think twice about the fees you pay Dish in turn. There is a reason the owner is a billionaire. 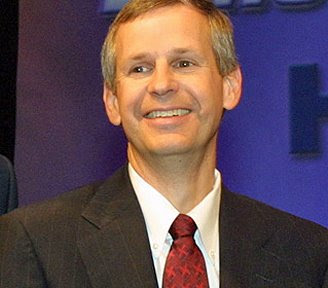 Charlie Ergen wants even more billions and you are going to pay!

And so I have lost the ability to see any ABC programming at all on my Dish setup, Is there analternative? Nope. Tough noogies. There's even a clause in the subscriber's contract that says they can add and delete stations without having to refund a penny. Typical.

Of course, founder and top greedster Charlie Ergen has not considered the customers - who are just pawns in this battle - at all. So there's no ABC, and of course, never a refund without chasing them for it. Good god, give subscribers a rebate automatically? From Dish Network? Get Real! You have to call and end up talking to someone halfway around the world. 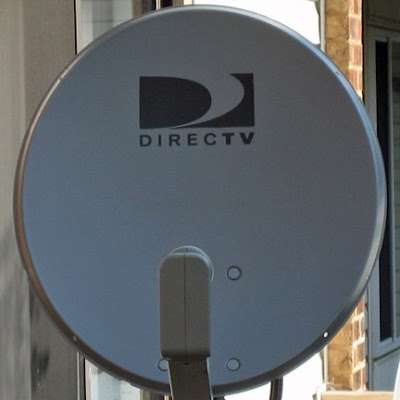 One alternative that could be less expensive.

Yes there is Direct TV and with the Verizon offer in front of me, it is looking pretty tempting. Better yet, I may be able to quit commercial cable/satellite completely and just watch everything on the computer.

We are almost there from a technology viewpoint, and there are far less intrusive commercials.

Dish Network reminds me of used car salesmen, who use high pressure tactics. Used car dealers have the worst commercials on television, substituting volume and silliness for logic or a unique selling proposition. Like the stupid promotion Dish created in which a make believe Bill Clinton gave the sales pitch. Utterly tasteless and ineffective. But typical of ads that the inexperienced yokels at Dish might dream up when nobody with expertise is around to do the job. God, do they need a gay person or somebody under 30 on their staff to show them what creativity really is.

That is why their marketing and promotion is as ham handed as their mishandling of the current mess.

Then again, what else could you expect from someone who is one of Americas richest, with a net worth of $7.5 Billion and counting. Perhaps he did not get enough with Bush's tax cuts, and wants to nickel and dime everyone who helped make him rich.

So what to do. Cancel? It would take a lot of cancellations to get their attention. When people leave a content provider like Dish, they find others to replace them. call it "churn". With so few consumer choices, you end up on Dish, Direct TV or at someone like Time Warner.

Choice? Really. Choice? There is no real choice here. Which three card monte dealer do you want to play with. It's all rigged.

With television viewership continuing to decline, we may eventually find the "big three" cable, satellite and broadcast all in trouble, as the customers begin to leave in ever increasing numbers. A decade down the road, they will be like Detroit, hat in hand, looking for yet another handout in Washington. They've had plenty to date, thanks to their lobbyists which managed to get them out from under the regulation of the state and local governments. they are pretty much free to operate as they wish.

Dish has developed a particularly bad case of hubris, and it is getting worse.
Posted by Larry Murray at 4:54 PM

I see as of Sun Dec 14 WTEN (I'm not sure of precise time) is back on in Albany area. I wonder what deal they made?

Neither side is disclosing the terms they came to, nor even if a new retransmission contract has actually been signed. One of the Green Bay newspapers reported the WBAY station manager as saying that he "assumed" Young Broadcasting got the terms it was seeking.

He also indicated that Time Warner Cable is next up to negotiate a new contract with Young. They also control our local cable, so switching is a dicey proposition for me.