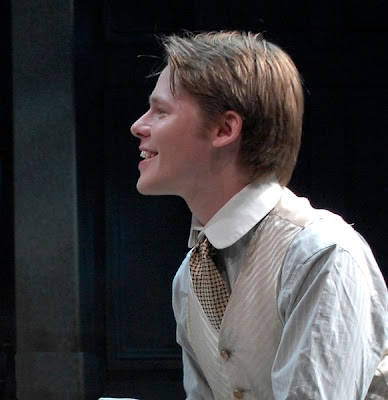 The Berkshire Theatre Festival just announced their principal casting for Summer 2009, and perhaps the most exciting news is the reunion of actor Randy Harrison with Director Anders Cato and Dramaturg James Leverett. Together they will present a brand new interpretation of one of the towering classics of live theatre, Henrik Ibsen's Ghosts. It will run from August 11-29, 2009 on their main stage in Stockbridge, MA.

This play is so controversial that mass arrests were made on its opening night 120+ years ago. Then it was considered too controversial to perform for decades and gathered dust, or was performed in sanitized versions that betrayed its original outrage at the hypocrisy of family values, then and now. 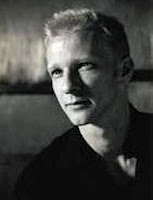 Anders Cato, who is of Swedish descent, will direct Ibsen's Ghosts.

The plot: Ghosts is a transfixing family drama and a bold attack on fake “family values” that outraged audiences of the late 1800s—and this story of a mother’s love, a father’s sins and a son’s terrible inheritance has only become more powerful with the passing of time. In the course of one day at the Alving’s estate on the fjords of Norway, a respectable family’s history, carefully maintained by the widowed Mrs. Alving, unravels before our eyes into deception and despair.

The late Mr. Alving, revered by the community as a model father and husband, was actually an incorrigible drunken philanderer, and despite his wife’s every effort to protect her son from his influence and shield their family from criticism, the sins of Mr. Alving come home to roost in a chilling series of revelations that chip away at the very foundations of “decent society.” 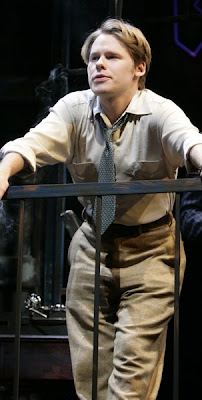 Randy Harrison as Tom Wingfield in the Guthrie production of Tennessee Williams’ The Glass Menagerie. Directed by Joe Dowling. Part of the Guthrie Theater 2007 season in Minneapolis. Photo by T. Charles Erickson

As good as he was in Queer as Folk, his many years with that series caused some to typecast him. But Harrison has enormous depth and dedication to his craft, and his on-stage appearances are the best way to appreciate it. His work both with the Berkshire Theatre Festival and elsewhere is daring and adventurous.

In the past four summers in Stockbridge, MA, artistic director Kate Maguire has teamed him with Director Anders Cato and a host of gifted actors to reinterpret and reinvent classic roles in works that often have become musty. This team does not disappoint, they blow away the accumulated dust and bring back the shock and awe that first excited audiences though the use of new translations, fresh approaches and timely updates. 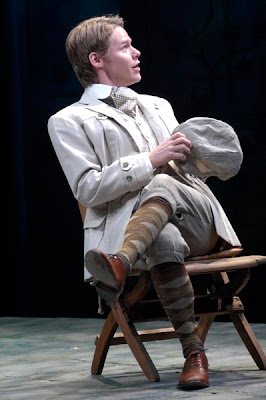 Harrison and Cato first employed this fresh approach in the BTF 2007 Mrs. Warren's Profession which was written a century ago by the great George Bernard Shaw. Then, last season, they tackled the near-sacred Waiting for Godot by Samuel Beckett, though this play was only five decades old. One local critic almost had a heart attack at the changes he encountered in their version. Most everyone I know simply loved it and it was a critical success.

Though the rest of the cast has yet to be announced, Ghosts promises to be the most exciting production in the Berkshires for Summer 2009. One of the things that can be depended on is that Randy will take a totally new approach to his role as Oswald the son in Ghosts, as he does for everything he performs. As he commented in my interview with him last summer, "There's so much academic stuff, so much to study and think about it, and I just tried to scrape it all away and start fresh." 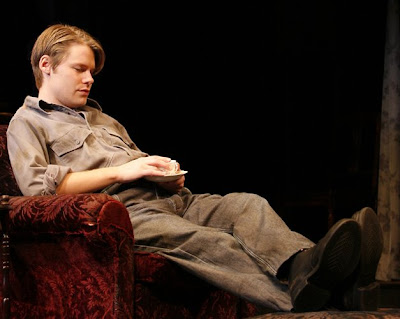 As an actor, Harrison recognizes that choices have to be made when interpreting a role: "It is many layers and it is just simply what it is. You follow the script, and the audience will project what is a personal meaning for them, now they will see it. The problem is that while it is all of those things, you can only pick one to play."

As the actual production nears, perhaps I will be able to chat with Harrison again about his preparations for this part. I know the interview we did last year helped many fans and theatre-goers better appreciate his role in Waiting for Godot.
Posted by Larry Murray at 8:04 PM

Randy Harrison is an amazing actor. I have seen him only in QAF, but the his portrayal of Justin brought so much attraction in me to adore his artistry. I am hoping to see him in one of his stage play.