Broadway could go dark next week 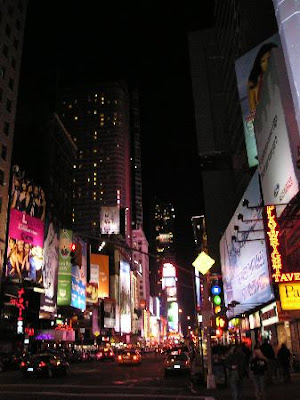 The Great White Way could go dark Monday, October 1, if the League of American Theaters and Producers carries out its threats to the stagehands union. One producer I know thinks there is a 50-50 chance that rather than a settlement being reached, the owners will shut down their shows and try to force the union's hand.

Each side has a kitty to help them through this battle. The producers have $20 million, and the union has much less, just $4 million stashed away. But the disparity in funds is not as lopsided as it appears. The unions have only 2,100 members, of which only 350 to 500 are working on Broadway at any given time. The League's members need huge amounts to keep borderline shows from closing. Its funds will disappear at a much faster rate.

The battle is the usual business vs. workers contratemps. The Producers want work rules changed, like being able to hire stagehands for a day or two during the "load-in" of a show. The union wants a level to be maintained for the whole load in period whcih can take a week or more, regardless of whether the stagehands are needed for the whole period. There are other issues, too. 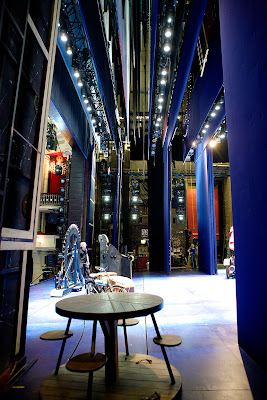 There hasn't been a strike on Broadway for four years, since the musicians struck, and it is surprising there are not more considering that there are more unions in a theater than on a typical construction site.

The union isn't saying anything to the reporters, but back in July, James J. Claffey, the president of Local One, said the union would not change work rules without getting something in return. On the other side, the League sent out e-mails warning the theater owners and producers not to speak to the media about the negotiations.

It is important to note that we are talking about a "lockout" here, not a "strike" since it would be the producers, not the stagehands, who would dim the lights. October is a slower month than the holidays when business booms. Even so, seven shows are scheduled to begin previews next month. One, “Young Frankenstein,” is playing in a nonleague theater, and would probably open no matter what. Likewise, Disney’s New Amsterdam theater and the four nonprofit Broadway theaters would not be included in a lockout.

But oldtimers like me are willing to bet there is lots of activity behind the scenes. How likely is it that Mayor Bloomberg is going to let an industry that generates almost $1 billion a year for the city to close down. Without shows, there is no audience and that means no business for restaurants, hotels, ticket brokers and parking lots.

Word of this pending strike has been limited as the industry has tried to keep a lid on the pending disaster, Nobody wants ticket sales to stop, hotel reservations to be cancelled, and tourism to drop during a peak time of year.

Negotiations are still going on, but it is late in the third act. Here's hoping there is a happy ending!

The parties have agreed to extend the deadline in order to continue negotiations today, and on Thursday of this week. It is generally agreed that if a strike were called, it wouldn't be until November, but that if talks broke down, the producers might call for an immediate lockout to force the issue before the lucrative high season.
Posted by Larry Murray at 11:04 PM

The crux of the problem is the yellow card, a contractual device that determines minimum crews not just on Bway but also on the road. The complexity of today's shows, with hydralics, chain hoists, moving lights, digital sound and video, means it's a highly chorographed dance to bring a new show into often small and outdated Bway houses. In my experience, it a rare occurance not to have more than enough work to do at any given time. The producers already can hire more carps, if needed in the early part of the loadin, than electrics and props which are needed later in the load in.
As theatre professionals, we recognize that we live and work in a high risk, transient business. My advise to investors who are risking their disposable incomes on shows is this. If you want to reduce your investment risk, invest in better shows. We just light em, we don't write em.

nystangehand, your insights are helpful to those of us trying to better understand the underlying issues in the negotiations. And how I wish we knew how to pick better shows! Here in the Berkshires we have a lot of early workshop productions, many of which some local critics praise to the skies, but I simply don't get.

I hope things turn out well for everybody.