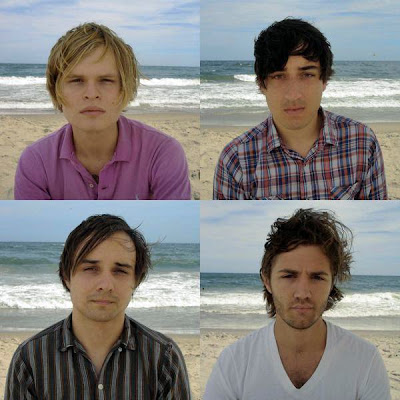 The Grizzly Bear guys.
Imagine taking the common promotional music video and turning it into real art. Doesn't happen often, but when it does, it is something to blog about.

What we have here is the inventive and original Grizzly Bear quartet that has been around for years, its originality slowly seeping into the mainstream. Their latest album Veckatimest has earned a place on many end-of-year lists. They currently are touring Australia, to sold out houses, with the UK to follow in March. If only Mass MoCA was able to bring them to the Berkshires when they return to America. The guys are all alums of NYU.

In this video, Grizzly becomes the soundtrack to the incredible claymation-stop motion effects under the watchful eye of Los Angeles artist, Allison Schulnik. The results are astounding. Schulnik and Grizzly Bear go to creative heights rarely seen in the commercial arts world.

Prepare yourself and enjoy.

After you view the video embedded here (full screen is best) a selection of their other Grizzly Bear music videos will appear - all are highly creative and worth viewing.

Video for "Ready, Able," features music from Grizzly Bear's 'Veckatimest.' Check them out at http://grizzly-bear.net 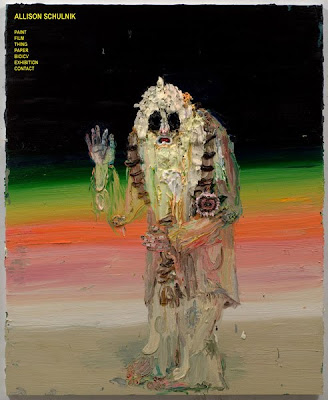 Allison Schulnick's home page is but one example of the richness of her site.
The Ready Able video was directed by artist Allison Schulnik. You can also see her Hobo Clown video on her own website. Visit http://allisonschulnik.com/
Posted by Larry Murray at 9:20 PM