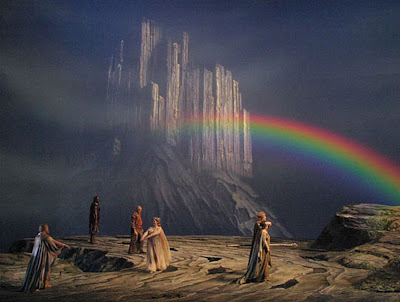 Wagner is well represented with Das Rheingold in all its splendor.

The Metropolitan Opera will offer a free weekend of unlimited access to Met Player, the subscription service that makes much of the company’s extensive video and audio catalog of full-length performances available to the public online, in exceptional, state-of-the-art quality. The free preview begins at 5pm ET on Friday, May 1, and runs through midnight on Sunday, May 3.

Recent upgrades to Met Player include the addition of multi-language subtitles (French, German, and Spanish) to the current season’s HD titles; English subtitles are available for all videos (but can be turned off if preferred). 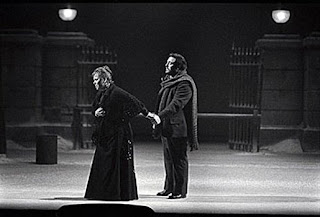 The 1977 production of La Boheme featured Luciano Pavarotti and Renata Scotto in a classic pairing.

Met Player offers a wealth of video performances to choose from, including Puccini’s La Bohème with Renata Scotto and Luciano Pavarotti (1977), Plácido Domingo in Verdi’s Otello (1995), and Verdi’s La Forza del Destino with Leontyne Price (1984), as well as the recent HD live shows from the 2006-07 and 2007-08 seasons, including Natalie Dessay and Juan Diego Flórez in Donizetti’s La Fille du Regiment. Some of the initial offerings have never been seen since their original television broadcasts: Mascagni’s Cavalleria Rusticana and Leoncavallo’s Pagliacci with Tatiana Troyanos, Teresa Stratas, and Domingo (1978); Price’s legendary farewell performance in Verdi’s Aida (1985); and Tschaikovsky’s The Queen of Spades with Galina Gorchakova and Domingo (1999).

There is one string involved. In order to register for the free weekend of Met Player, users must have an active username and password for the Met website. New users can easily set this up by visiting the “Register” page at metopera.org and providing basic contact information. No credit card will be required. Additional information will be available on the Met website during this free period to assist customers. 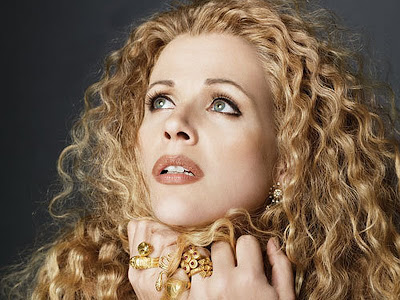 Renée Fleming is a voice to savor in Massanet's Thaïs.
About Met Player

The Met is the first performing arts organization in the world to present such a wide variety of performances in such high quality resolution, available whenever its users wish to see or hear them. The Met developed the new service over the past year, working with a consortium of new technology companies –Move Networks, mPoint, PermissionTV, and POP – adapting recently developed technologies to ensure superior picture and sound quality for the Met’s long-form programming.

For an optimal viewing experience, a multi-core processor, with at least 1GB of memory and 32MB of video RAM, is recommended.

You may also want to visit metplayer.org ahead of the free weekend and watch one of the preview clips (available at all times), to ensure your computer and internet connection are sufficient to enjoy this service.

Utilizing the technology of Met Player - Technical Information here - users have the option of hooking up their computers to new HD TV sets and home-stereo sound systems, delivering the Met’s catalog in high quality. The cleanly-designed, simple, easy-to-navigate interface on the Met’s website will allow users to find their favorite performances quickly.

And after the free weekend?

Subscription fees are priced at $14.99 per month or $149.99 for a yearly plan. As a special benefit for Met members who contribute at the $125 level or above, a six-month introductory package is available for $49.99. Individual purchases will cost $4.99 for HD videos and $3.99 for an audio performance or non-HD video; these individual purchases may be played in a six-hour period within 30 days. Met Player will provide a free downloadable audio and video website player with any rental or subscription order. A one week free trial subscription will be available to anyone after registration.
Posted by Larry Murray at 7:56 PM