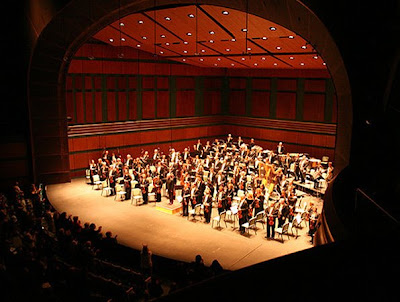 The Philadelphia Orchestra
Almost every one of America's 1200 orchestras has seen the economic collapse of their endowment. Long range planning that took place a decade or two ago was based on the assumption that the stock market and other investment vehicles would continue to grow and throw off healthy dividends. That assumption proved correct for many years, but now lies in a deflated heap of devalued paper.

At the same time competition for the top name conductors, soloists, players and even administrators heated up, fed by the artist management companies, fickle public taste and opportunistic head hunters. Salaries escalated to meet the ability of large endowments to cover the shortfall between ticket sales, contributions and higher expenses. Here's an excerpt from a brilliant column you must read in the Philadelphia Inquirer written by their music critic, Peter Dobrin. 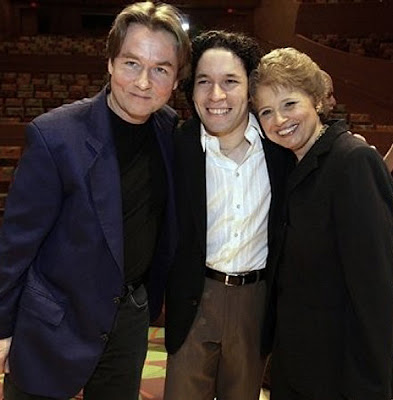 "Is it really a good thing that Deborah Borda, president of the Los Angeles Philharmonic Association, made well over $1 million for the year that ended in September 2007? Or that a hornist in the New York Philharmonic made $300,000, an oboe player in the Philadelphia Orchestra $249,000?

How about a stagehand at Carnegie Hall who makes $425,911 - plus $107,041 in contributions to benefits plans and deferred compensation?

These are the kind of salaries you'd expect in a sector with more money than it knows what to do with, not one fretting about the future.

One of the most startling costs of running an orchestra is the guest roster, with pianists, violinists, cellists, and others making $30,000 to $70,000 for a single performance. Are they worth it?" - Peter Dobrin

We thank the always helpful Arts Journal for pointing us towards this timely story, filled with the kind of details that make for good reading. So does Peter Dobrin's blog.

We have already begun to see the top salaries for corporation executives, athletes, pop stars, and yes, nonprofit arts organizations begin to crumble. Just how far they will tumble remains to be seen, and we can't help thinking that the arts will take the severest beating. 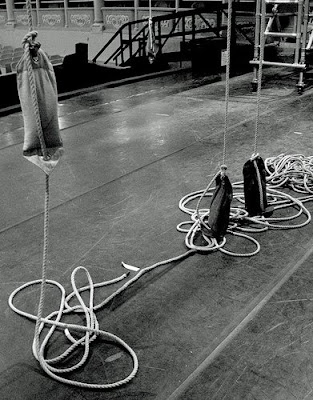 Empty stages in our future?
The New York City Opera is desperately trying to shape a budget to support another season. They have approached their unions for concessions so that the company may begin performing again, and the unions have rebuffed the overture, saying the management is responsible for the problems and they won't give an inch. With this sort of myopic attitude there may well be no work at all for them. And that would be a tragedy.
Posted by Larry Murray at 1:17 PM