Two Plays, Two Showcases Not to be Missed 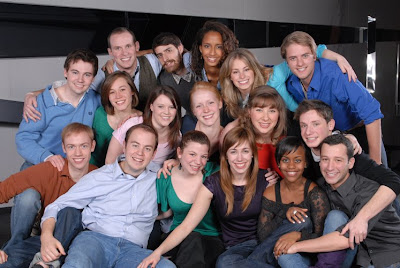 (Minneapolis/St. Paul) A new generation of American actors and playwrights combine their talents, as the Guthrie showcases the University of Minnesota/Guthrie Theater B.F.A. Actor Training Program Class of 2009 in the Dowling Studio, April 17 – 26. General admission tickets, $10 for adults and $7 for students/seniors, are on sale through the Guthrie Box Office at 612.377.2224, toll-free 877.44.STAGE and online at www.guthrietheater.org.

Vincent Delaney’s Writer 1272, a darkly comic play about college application essays and the prospective students who try to live up to the personas that they create for themselves, will be directed by Benjamin McGovern and feature Allyson Carey, Zach Fineblum, Elizabeth Griffith, Elizabeth Grullon, Joanna Hubbard, Benjamin Rosenbaum, Michael Roush and Cody Sorensen.

In addition to What May Fall and Writer 1272, the Class of 2009 will present two evenings of Snapshots, a series of monologues and short scenes from classic and contemporary literature.