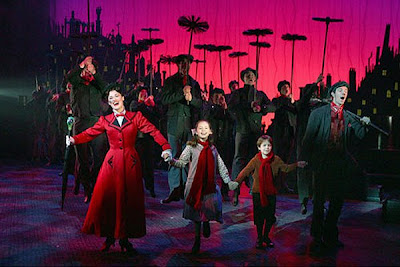 It's actually kind of amazing. But Disney has reacted to the economic times with wisdom and what amounts to a huge price cut for its tickets to their three Broadway shows.

Not exactly free, but the next best thing because with each adult ticket you can get one free children’s ticket. It is a limited time offer, and applies to three of its most popular Broadway musicals: “The Lion King,” “Mary Poppins” and “The Little Mermaid.” 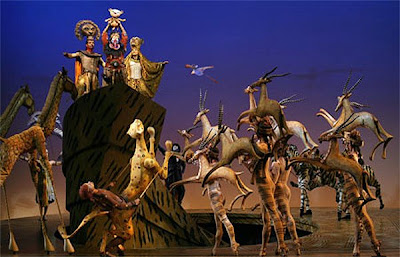 The Lion King on Broadway

Now there are a couple of important details. First, the window for buying the tickets is very short. The tickets will go on sale on Monday, December 1 through Dec. 12. During that period, ticket buyers can receive one free child’s admission (18 and under) with each purchase of a full-priced ticket.

The other caveat is that this is just for shows between January 6 and March 13, the slowest months of the Broadway season due to the unpredictability of the weather. There are some dates blocked out, including what is school vacation for some. 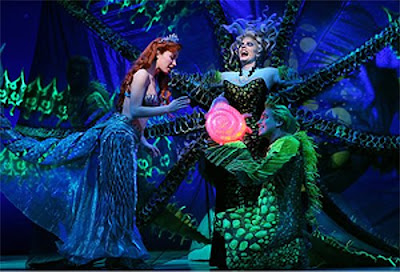 The Little Mermaid on Braodway

But should you be able to work around the limitations, you can get one heck of a deal, mom and dad. To claim your tickets, and to find out more about these shows, you just need to visit this special Disney website which has been set up for this promotion.
Posted by Larry Murray at 2:16 PM