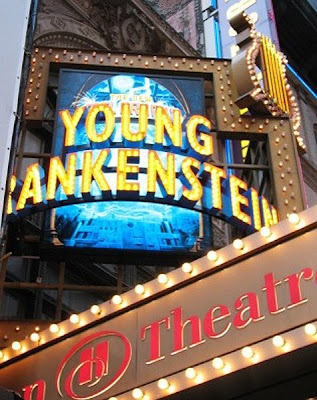 The producers picked a big house and even bigger prices.

I have watched ticket prices for Broadway shows creep up from $1.10 and $2.20 in the late 1950's (for second balcony seats, orchestra was $4.40) to the day a decade ago when they hit $100 for some musicals. I was delighted to hear about Young Frankestein being made into a musical, but when the producers announced top ticket prices of $375 and $400 I knew I would not be going to see that show. Who did they think they were, Cirque du Soleil? The Rolling Stones? The Second Coming of Christ?

I considered the prices they were charging to be confiscatory, and while I understood their desire to reap the unconscionable profits the ticket scalper usually made, they also showed a shameful greed since all the orchestra seats were out of reach, and even the "dress circle" (translation: first balcony) seats were $120.

As if this piggy pricing was not enough, there was also their hubris regarding group sales. They figured they had a show that would reap plenty, so they limited group sales to 50 at a pop on the weekends, and the ticket allocations were very stingy. But they also killed the goose that lays golden eggs for Broadway, and often supports so-so shows just long enough to build the word of mouth. 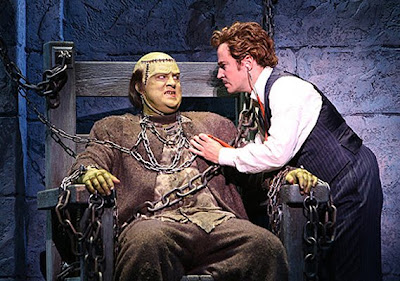 Cause of death? Miscalculating public reaction to $400 tickets.

Not only did I pass, but they also went on my silent list of productions to avoid, even if they were half price, still a King's ransom for most of us. In the end, all theatre-goers vote with their wallets.

Recently Bob Sillerman, Mel Brook's producing partner publicly repented these pricing strategies. But it is too late, it has spread to other shows as well.

Nevertheless, when this Broadway monster announced it is closing January 4, after 30 previews and 484 performances, I felt a bit of poetic justice had been served. 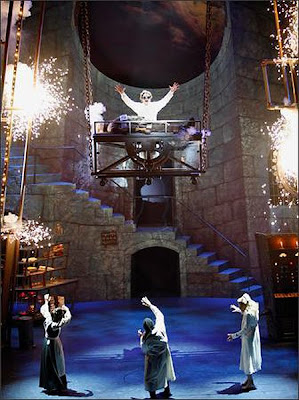 A spectacular show, but grossly overpriced.

Now I know how difficult it is to raise money for Broadway shows, and how important recoupment is. Young Frankenstein has supposedly recouped its investment. But the audiences, at least those who are residents of the city and surrounding areas are not exactly having an easy time of it these days. Ignoring the impact these pricing decisions have on traditional audiences is important, for by making prices not just high, but unreasonable to boot, is killing Broadway.

Closing dates have been announced with glum regularity lately: Older shows, such as "Hairspray, "Monty Python's Spamalot" and "Spring Awakening" are finishing their runs. New shows, such as "13" have already departed, as well as the critically maligned and artistically mangled "American Buffalo." David Mamet, what were you thinking with that cast of second-tier TV and movie stars. I could understand John Leguizamo, he can act, but Cedric the Entertainer? Haley Joel Osment?

And yet, the news isn't all grim. Limited-engagement fall revivals of "Speed-the-Plow,""The Seagull,""All My Sons" and possibly "Equus" are at or near recoupment of their $2 million-plus production costs. And "Billy Elliot" has turned into the first big musical smash of 2008, getting great notices and doing hefty business.

Best of all, three of them are plays, not musicals. Imagine that. Times are changing.
Posted by Larry Murray at 1:23 PM