A Touching "To Kill a Mockingbird" at Barrington Stage 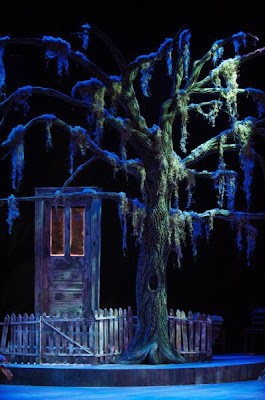 The stage set designed by Marion Williams is evocative of the South. All photos by Kevin Sprague.

Although I enjoy reviewing many Berkshire events for Berkshire Fine Arts, I don't always land the plum assignments, and so I had to reluctantly defer to Editor and Publisher Charles Giuliano to review this new production which you can read here. I went to see it anyway, and here's my twitter synopsis: To Kill a Mockingbird at Barrington Stage is wonderful. The in-depth BFA critique will appear in a day or two, but I wanted to alert you to this show - one of the most dramatic and moving dramas Barrington Stage has ever done. Julianne Boyd and her gifted cast certainly deserved the standing ovation they received on Opening Night. And my eyes were wet. Yes, this old cynic was moved to tears by what he saw, and this coming of age story set in the South should strike a chord deep within you, too.

Harper Lee's book, To Kill a Mockingbird has become a classic book, mandatory in High School classrooms, and a still popular motion picture for which Gregory Peck received an Oscar for his role of Atticus Finch. The staged version is not identical to either the book or the film. I found it even more powerful and spellbinding when performed live. 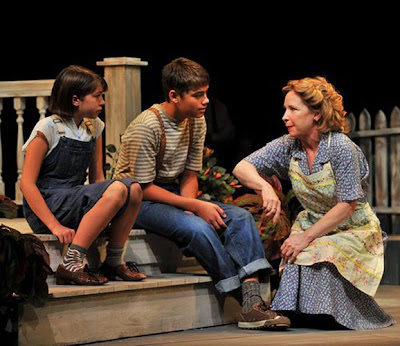 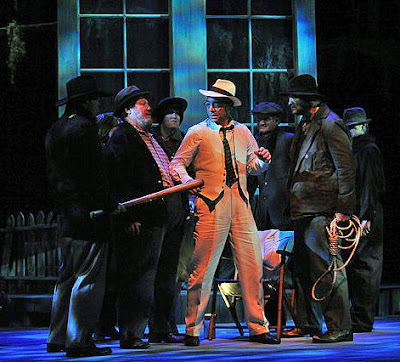 Atticus (David Adkins) is threatened by a lynch mob. 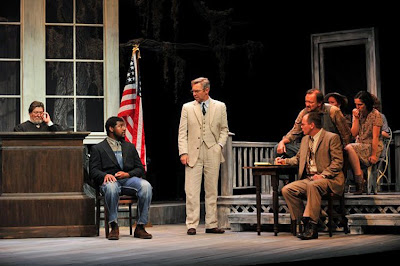 The riveting trial of Tom Robinson (played by Jerome Spratling). 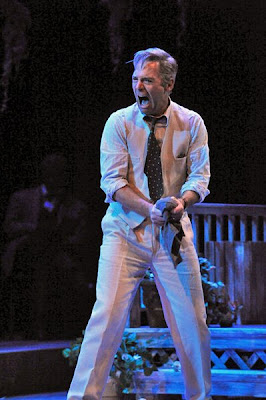 Atticus, played by David Adkins lets out a blood curdling scream when he discovers his children were harmed. 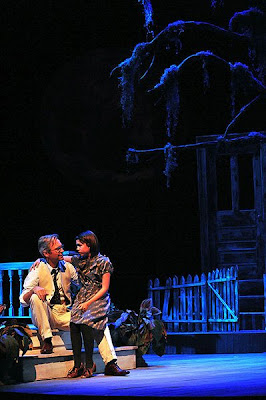 Coming Up: This Wonderful Life, Carousel and Streetcar Named Desire

Barrington Stage has also announed a Christmas presentation of the one-man show, This Wonderful Life for December 3-20 on their Main Stage. It promises to be a wonderful twist on Frank Capra's timeless film, so full of hope and happiness, humor and and holiday cheer.

For the 2009 season, Boyd also plans to direct a fully staged Carousel by Rogers and Hammerstein, as well as the classic Tennessee Williams play, A Streetcar Named Desire. Still to be revealed: the third summer attraction, probably a comedy.

For tickets and information, you can always visit the Barington Stage website.

You can also hear Jullianne Boyd talk about Mockingbird on You Tube.