Obama and McCain differ greatly on the Arts 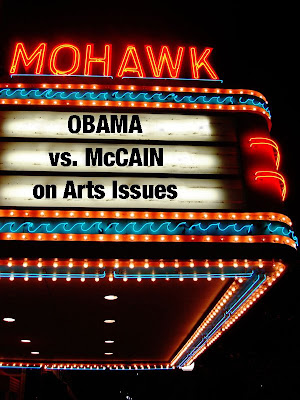 Americans for the Arts Action Fund compared the two presidential candidates on policies and funding for the arts. Both candidates met with members of the organization in April.

Since February, Democrat Barack Obama had been publishing what amounts to a comprehensive policy statement on the arts and arts education. Here in PDF form are Obama's arts policies. He also has outlined his position on funding the arts in speeches in Texas and Pennsylvania. 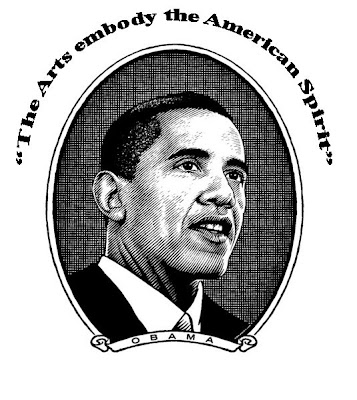 Obama has a clear set of priorities for the arts.

After several requests, Republican John McCain finally did state his position on the arts by publishing a short statement in the Salt Lake City Tribune earlier this month.

There was an even more interesting follow up story also by Julie Checkoway. The story, and embedded video, talks about how important the arts can be to our lives. I give kudos to McCain for recognizing his lack of knowledge in the area.

The Democratic Party platform includes a statement on the arts, but the Republican platform does not. 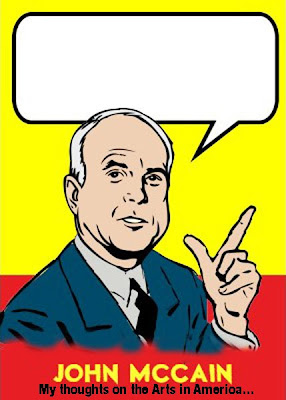 McCain has no use for the arts, nor any policy to support anything to do with creativity in this competitive world.

Perhaps most telling is the voting record of each of the presidential candidates. Obama sponsored the Artist-Museum Partnership Act. McCain has voted for cutting or terminating funding for the National Endowment for the Arts in several different Senate votes. More information is available at www.artsvote.org. 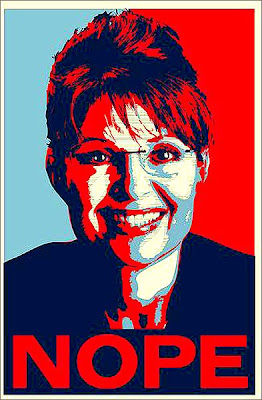 When it comes to the Vice Presidential candidates, Sarah Palin offers an interesting contrast. While Mayor of Wasilla she cut funding for the Dorothy G. Page Museum and summarily fired its director, John Cooper. As governor of Alaska, there was a miniscule increase to the state arts council funding - most likely to continue receiving Federal funds - but somehow it ran out of money before the grants could be adjudicated. This article at artNet pretty well summarizes her actions. If she behaves anything like McCain, she will not be in favor for continued funding of the NEA.
Posted by Larry Murray at 7:18 PM

Thanks for this.I broke the story in the SL Trib and want to tell you how much I love the graphics and the story here. Here's a link to another piece I ran a week or so later. Would love to correspond. http://www.sltrib.com/ci_10697282
Julie Checkoway