Keeping an Artistic Eye on the Universe with the Hubbble Telescope 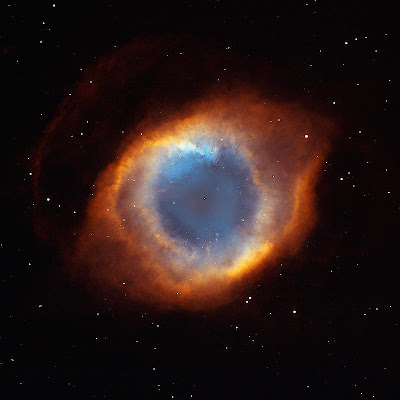 With the deployment of the Hubble telescope, the richness of the universe has become a source of artistic inspiration. Perhaps it is because the same parts of the human brain are used for both creativity and analysis. Science and art merge, and both disciplines are grounded in both objectivity and passion - though some will debate this point. The main difference is that science uses analysis and observation as its foundation, art more often depending on emotion and feeling. But there is no doubting the frequent merging of all these elements. 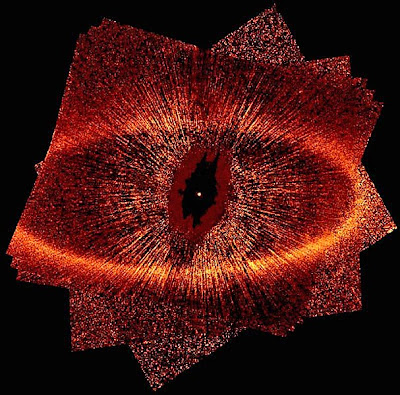 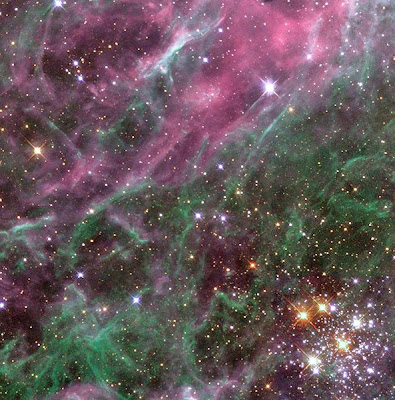 These images are freely available from the Hubble website, and are easily manipulated in graphics programs such as Photoshop. I have only made some minor tweaks to these photographs, and my preferences are layered on top of those made by the scientists who preceded me. The colors we see are rarely the actual ones captured by the Hubble, but rather used to make the structures of space more visible, and one would guess, more interesting. 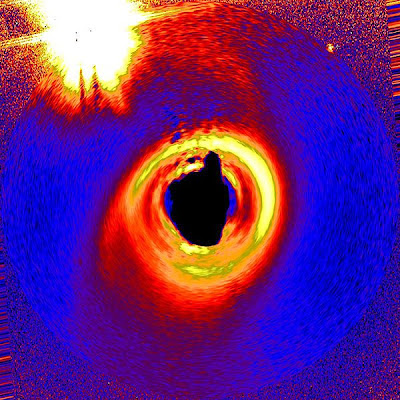 What I find most interesting about these images is that I have purchased oil paintings with similar themes over the decades, before these images became known. Interesting. 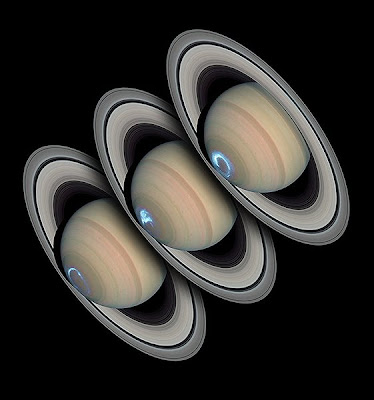 Sturn and its rings. 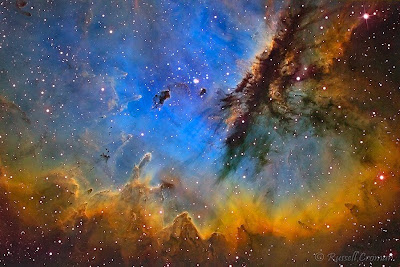 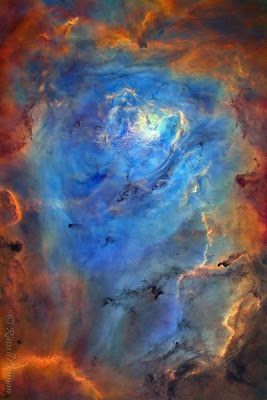 Three images above: The birth of Galaxies in the Maternity Ward of the Universe. 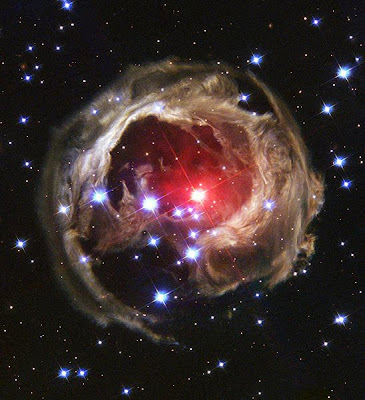 As good as movies have become, no special effects artist has yet to mimic the dazzling complexity of the Universe. 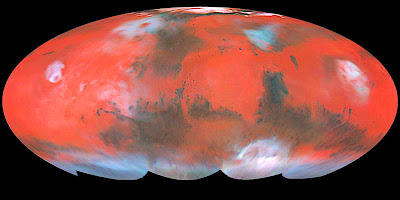 Above is Mars laid flat like a tangerine peel. 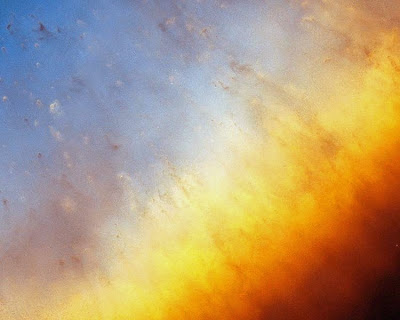 Painting or photograph?
Posted by Larry Murray at 12:54 PM