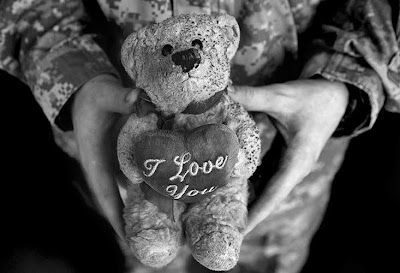 The Things They Carried at Barrington Stage April 15-17.
Tim O'Brien and David Rabe both served in Vietnam and lived to write about what they saw and felt. Rabe wrote for the stage and his Vietnam plays - "The Basic Training of Pavlo Hummel," "Sticks and Bones," "The Orphan," and "Streamers," are still popular, perhaps because of the parallels they offer with Iraq and Afghanistan today.

Tim O'Brien wrote a book - a masterpiece, really - "The Things They Carried," and it will receive a staged reading April 15-17 at Barrington Stage Company. It is part of The Big Read currently being celebrated throughout the City of Pittsfield.

And it's the performances planned by Artistic Director Julianne Boyd and Producing Director Richard M. Parison, Jr that will likely be the most memorable and moving. The book has long been known to have the power to change the way people think about that war (or any war for that matter) and to understand how the first hand experience is nothing like the media drawn images we substitute for the real thing.

Actors participating in “The Things They Carried: A Staged Reading” include Tim Rush as Tim O’Brien, Alex Cendese and MacCleod Andrews as two soldiers in the Vietnam War, and Hannah Koczela (BSC’s “Carousel”) in the role of Tim O’Brien’s 11-year-old daughter.

Tim O'Brien's book about the men who live through endless war will come to life through a staged reading.
Three readings will be presented on Friday, April 16 and Saturday, April 17 at 7p.m. at the BSC Mainstage, 30 Union Street , Pittsfield. In addition to the Friday and Saturday readings, a matinee reading will be presented on Thursday, April 15 at 12:30p.m. for invited local schools and Vietnam veterans. Tickets are available for a suggested donation of $10 for adults, $5 for Vietnam veterans and youth ages 18 and under. Tickets may be reserved by calling the Box Office at 413-236-8888 or online at barringtonstageco.org

Today, Tim O'Brien teaches writing at Texas State University. His book, based on the events he experienced in 1969, is a series of short stories, slices of life as lived by the guys on the ground. When you talk with veterans of wars, you often get well-rehearsed war stories, or stoney silence and one word answers. The experiences are harrowing, but often uplifting too. It takes writers like o'Brien to give them substance and form. And an ensemble of gifted actors and directors to bring them to life on stage. This is one of those rare moments. 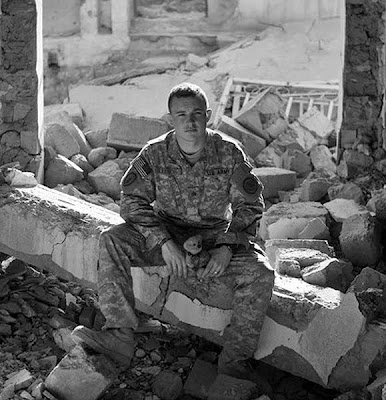 What Did They Carry?
They Carried Each Other.

Some carried napalm, CBU's and large bombs; some risked their lives to rescue others. Some escaped the fear, but dealt with the death and damage. Some made very hard decisions, and some just tried to survive.

They carried malaria, dysentery, ringworms and leaches. They carried the land itself as it hardened on their boots. They carried stationery, pencils, and pictures of their loved ones - real and imagined. They carried love for people in the real world and love for one another. And sometimes they disguised that love: "Don't mean nothin'!"

For the most part, they carried themselves with poise and a kind of dignity. Now and then, there were times when panic set in, and people squealed - or wanted to, but couldn't; when they twitched and made moaning sounds and covered their heads and said "Dear God" and hugged the earth and fired their weapons blindly and cringed and begged for the noise to stop and went wild and made stupid promises to themselves and God and their parents, hoping not to die.