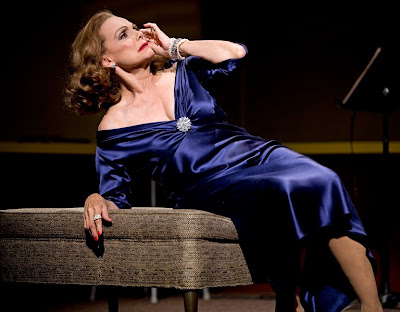 From the Looped website (Link).
The first preview is February 19 with the official opening scheduled for March 14. Our ticket offer applies to all performances except opening night through April 5. Balcony seats are $25 and the $111.50 orchestra seats are priced at $66.50. At the Lyceum Theatre, 149 West 45th Street. 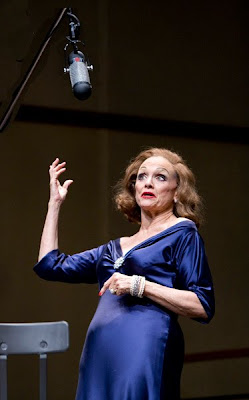 Tallulah is Looped again.
The comedy by Matthew Lombardo is based on a real event. It takes place in the summer of 1965, when an inebriated Tallulah Bankhead stumbles into a sound studio to rerecord (or 'loop') one line of dialogue for her last movie --Die, Die, My Darling. Ms. Bankhead was known for her wild partying and convention-defying exploits that surpassed even today's celebrity bad girls.

Given her intoxicated state and inability to loop the line properly, what ensues is an uproarious showdown between an uptight film editor, Danny Miller, and the outrageous legend. 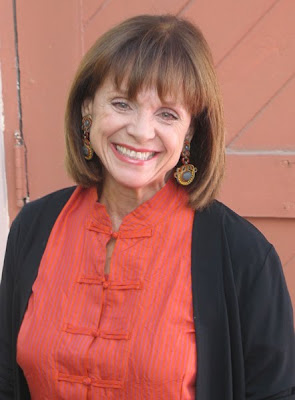 "VALERIE HARPER IS DIVINE AS TALLULAH, AN ACTRESS WHO NOT ONLY CHEWED THE SCENERY BUT SNIFFED IT, SNORTED IT, AND DRANK IT!"
- The Washingtonian