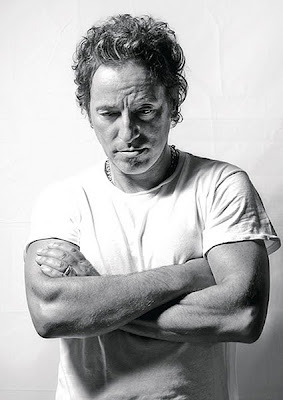 "The Boss" was not very happy to see his fans screwed.
How do scalpers get away with not only roasting the public on ticket prices, but also selling tickets that they don't even have? Easy, cut a deal with TicketMaster.

Never content to just make an honest buck, TicketMaster, once an honest ticket selling operation, seems to be on a never ending quest to extract money from the public looking for a little entertainment. Take their selling of tickets for Bruce Springsteen & The E Street Band last May and June.

According to the FTC, "Ticketmaster displayed a No Tickets Found message on its Web page to consumers to indicate that no tickets were available at that moment to fulfill their request." The FTC charged that Ticketmaster used this Web page to steer unknowing consumers to TicketsNow, where tickets were offered at much higher prices – in some cases double, triple, or quadruple the face value.

The FTC found that "Ticketmaster displayed the same misleading Web page to consumers looking to buy tickets for many other events." This time not only were they caught doing it, they are being held responsible by an FTC no longer held down by those who talk "free trade" while they mean "rape and pillage." 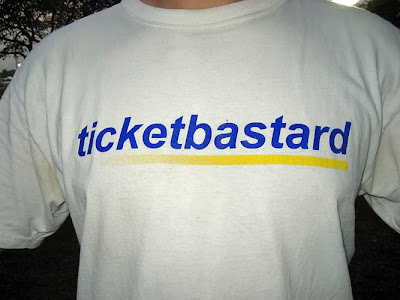 A popular T-shirt at arenas everywhere.
“Buying tickets should not be a game of chance,” said FTC Chairman Jon Leibowitz. “Ticketmaster’s refrain is that it sold through TicketsNow to give consumers more choices. But when you steer consumers to your resale Web sites without clear disclosures, and they unknowingly buy tickets at higher prices, they’ll be left with a sour note.”

Compounding this deception, Ticketmaster failed to tell buyers that many of the resale tickets advertised on TicketsNow.com were not “in hand” – in other words, they were not actual tickets secured for sale at the time they were listed and bought. In fact, some tickets were being sold speculatively – that is, they were merely offers to try to find tickets.

In fact, many consumers hoping to go to a Springsteen concert at the Verizon Center in Washington, DC in May 2009 paid for tickets in February that never materialized. Ticketmaster kept the sales proceeds for more than three months without a reasonable basis for believing it could fulfill the orders, the FTC complaint alleged.

Another sore point is the practice of not refunding the service charge when shows get cancelled. This has been the subject on consumer litigation in the past.

“TicketsNow.com sold phantom tickets without letting consumers know that the tickets did not exist. Then, the company held onto consumers’ money, sometimes for months, when it knew those fans weren’t going to see Springsteen,” Leibowitz said. “Clearly consumers deserve better. They deserve to know what they’re buying, including the risk that their tickets won’t materialize.” 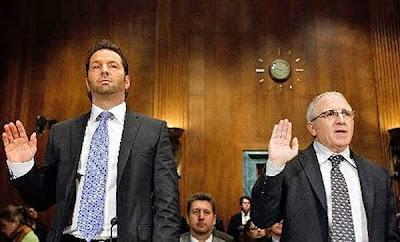 On another front, the U.S. Department of Justice has approved the merger of Live Nation and Ticketmaster, possibly the worst thing that could be done for consumers. In approving the companies' merger, Assistant Attorney General Christine Varney said it would have the effect of lowering ticket prices.

Yeah, right. Just a little whipped cream on top of a shit sandwich for ticket buyers.

Oh, they did impose some restrictions. Like a 10-year court order prohibiting it from retaliating against venues that choose to sign ticket-selling contracts with competitors.

TicketMaster does things Godfather-style. Sign with us or things will not go well. Imagine a court order forbidding them from retaliating against competition. Before they even do it. That judge knew their reputation for near-illegal business practices.
Posted by Larry Murray at 9:15 AM