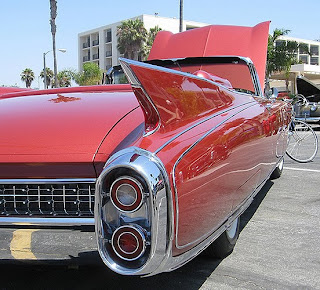 A fascination with the hot cars of their day.
Writer Thomas Pynchon is fascinating, and not just because we grew up on opposite shores of Long Island. He was a North Shore beat guy, me a South Shore clamdigger a few years younger, but with aspirations. His writing tends towards offbeat themes: oddball names, sophomoric humor, illicit drug use and paranoia. 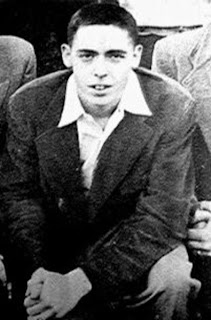 Pynchon in a rare photo from his younger days.
He was Hunter Thompson before Rolling Stone was a magazine. And he was gonzo before Charles Giuliano coined the word. He holds the same fascination for me as did Jean Shepherd whose storytelling abilities are almost cinematic. The ability to draw word pictures and conjure up mental images is a special gift that not every writer masters. Pynchon does this with a sparing use of words, not volumes of them.

His latest book, released this past summer is Inherent Vice and the video below gives you a good taste of his work. The voice over is allegedly done by the reclusive Pynchon himself.