A Nation of Misled TV Addicts 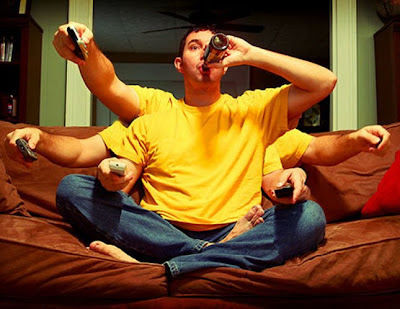 Television's main purpose is to keep you watching the commercials.
The latest Nielsen statistics are out. The average American household is exposed to 2.75 hours of commercials per day, out of a 8 hours, 21 minutes in front of a television.

That's pretty scary considering that in 1991, the first year Nielson did such a survey, the typical home only spent 1 hour, 50 minutes in front of the boob tube.

This increase in viewing may be due to a tight economy with frugal households trying to save money by not going out. Of course, it is a bit of a false economy since tv was once free, and these days most people pay for tv - still with commercials - through cable or satellite. 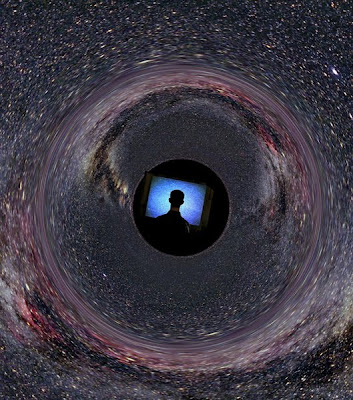 TV is a black hole into which billions of dollars are sucked out of the economy for products we could live without.
Young people can not believe that television was actually free in its first few decades of existence, and that the amount of commercials have almost doubled since its inception.

It is the cable channels like AMC with "Mad Men" and FX's "Damages" that are getting the additional eyeballs for content that is surprisingly good compared to the reality and talk shows the networks have increasingly used to fill their time slots.

Interestingly, prime time television growth is flat, while the off peak times is where the audience is growing. This could be because of the increasing number of people who are surviving with part time jobs, or are out of work. 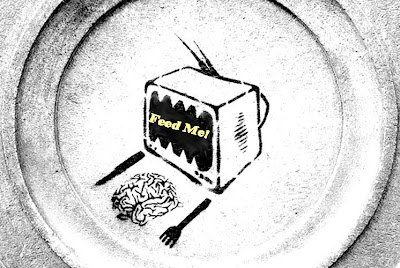 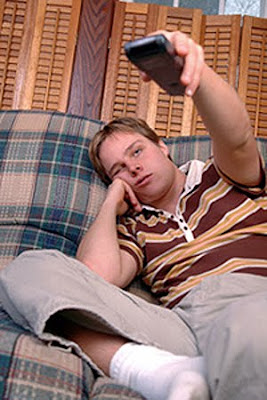 The net effect of all this television watching has been a seismic shift in how American's view life, work and buy products. It has also changed the way we elect our officials and view the democratic process, most of which has coarsened both public discourse and interpersonal behavior.

Television is a mixed blessing. But that is a story for another day.
Posted by Larry Murray at 10:07 AM

This article is so true! Another country with this problem is Spain. "0 minutes of film and followed by the same amount of commercials.