What the hell is Kate Maguire doing down in Stockbridge? 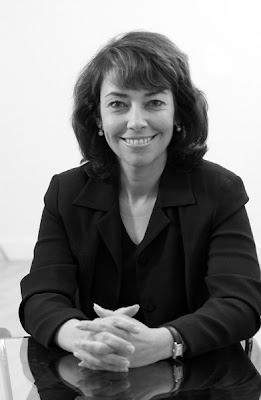 
Do you realize how lucky you are if you live in the Berkshires? Kate Maguire, artistic director of the Berkshire Theatre Festival is taking more theatrical risks than most summer theatre impresarios. Two recent productions are especially worthy. If you can get to Stockbridge this week, by all means do. Her current offerings are brilliant, historic and worth your time and attention. Kate's hand is not evident in the program credits - she did not direct or act in either show - but rather benind the scenes, through her planning, daring and problem solving.

One of these days we are going to read that she has been lured away by the Manhattan Theatre Club, the Guthrie or Steppenwolf. Let's hope it is just for a project and that the Berkshire Theatre Festival will continue to have first dibs on her.

The signs of her success are abundant: mixed, even volatile opinions on BTF's current iteration of Waiting for Godot which is directed by Anders Cato in a fresh, new way, blowing away the dust and upsetting more than one drama professor in the process. Imagine, Godot as comedy, as vaudeville, and being played for laughs? "Heresy," the purists scream, so sure are they that their dour, existentialist meanings of this work are the only righteous interpretation of the play. Never mind that Beckett broke all the rules 50 years ago, and wrote a play that was so different that it took the geniuses decades to figure out what it all meant. Perhaps they could not accept the evidence that was staring them in the face. Bert Lahr was cast in the first production. Bert Lahr, you know, The Cowardly Lion in the Wizard of Oz, one of the greatest comic actors of all time! Jeez. 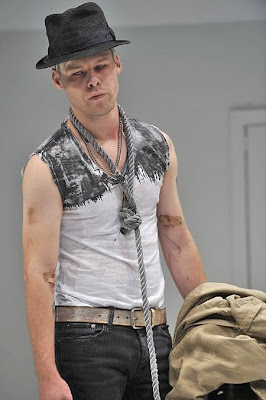 Thanks to a grant from the National Endowment, Cato and his wonderful cast (David Adkins, Stephen DeRosa, Randy Harrison, David Schramm and Cooper Stanton) spent extra weeks developing the new interpretation. Happily I found it one in which Beckett's minimalist approach to theatre was minimalized still further. Gone were the ponderous pauses which made many previous incarnations seem like a leaden high mass. I say if the script says "pause," count two beats and move on, don't make me wait for six or ten seconds between lines. And don't forget that the title of the play actually translates as "While Waiting for Godot" and that puts my focus on how cleverly Didi and Gogo manage to pass the time. I have never laughed so hard at a performance of Godot with all of those clever bits, nor been touched so deeply by their frustration.

If Adkins and DeRosa were great tramps, Schramm's Pozzo was earthshaking. But best of all was Randy Harrison as Lucky. Harrison's reading of Lucky's speech was simply the most heart stopping theatrical experience I have had in more than 50 years of play-going. Totally original, totally unexpected in its ferocity, and beyond compare. Revolutionary, even.

How such a transformative play could be reduced to the status of a sacrosanct theatrical relic by critics is beyond me. Beckett himself was still fiddling with it 30 years after it opened, so its premature embalming is inexcusable. Godot is still alive. Alive, I tell you! So thanks to Maguire for nurturing the grant, assembling the brilliant cast and director, it is a production that will live long in memory.

As Beckett himself remarked: "I'm no intellectual. All I am is feeling." Amen, Sam.

The second play that broke some rules is actually two one act plays done at the same time: Noël Coward in Two Keys. to appreciate what Maguire and director Vivian Matalon have done you have to listen more carefully than usual. The dialog is crisp and clear, in perfectly understandable English - American English, I guess you could call it. While an equally delightful production of a Coward work, Private Lives, is underway at Barrington Stage Company, the two are as different as night and day. The Barrington version goes to great lengths to get the English accents just so, and in the process makes it somewhat more difficult for Americans to follow the dialog. 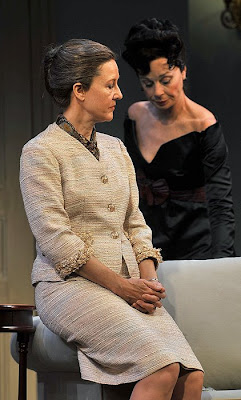 The clarity of the dialog when spoken normally ehances the audience's ability to enjoy the cleverness that Coward embedded everywhere in the dialog. So thank you Kate for finding Vivian Matalon, who directed the original Broadway version of these plays almost fifty years ago with Hume Cronyn and Jessica Tandy in the main roles. The casting of Maureen Anderman, Casey Biggs, and Mia Dillon in the main roles worked like a charm. All attention was focused on the play as it unfolded. The end result is that for a short time those of us in the Berkshires can see Coward at his peak (Private Lives) and at the end of his remarkable career (Two Keys). In a real way, it was the beginning and end of an era. Stonewall and the rise of gay liberation rendered the discrete, nuanced beads of humor that Coward dropped like pearls obsolete. In your face, up-front, direct bitchy humor soon became the trademark of gay writers ie Boys in the Band, and, yes, even Who's Aftraid of Virginia Wolf, which this play was a late minute substitute for. Make no mistake Virginia Wolf was a gay play with straight characters.

For reviews of these plays and my interview with Randy Harrison about Waiting for Godot and Samuel Beckett, check out Berkshire Fine Arts. Other interesting reviews are those by Gail Burns, at Gail Sez and Peter Bergman at Berkshire Bright Focus.
Posted by Larry Murray at 7:35 AM