Photo manipulations by Larry Murray with thanks to Charles Giuliano for the Joe Thompson photo.

The controversy over Christoph Büchel's Training Ground for Democracy is not likely to end anytime soon. I wrote about it on this blog last Summer, and the exhibit has since been deconstructed, demolished, and damned to the landfill. 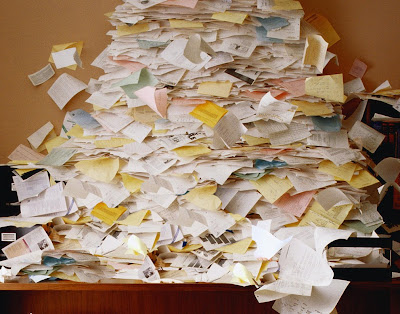 But the paperwork lives on.


And the miracle of the multiplication of the loaves and fishes has nothing on what the artist and museum have been doing with the tons of paperwork created in the flurry of discovery requests leading up to the infamous trial. Both plaintiff and defendant got exactly what they wanted: a hook to hang fund raising and income producing efforts on.

Rather than suffering harm, the controversy is ultimately turning into a pot of gold for both of them.

Büchel has taken his boxes of legal documents and begun to show them at exhibits at his own gallery in New York, Maccarone, and at Art Basel Miami Beach. His increased notoriety no doubt helped him capture the $100,000 Hugo Bass prize. He has priced some of the documents from the trial at a quarter of a million dollars. 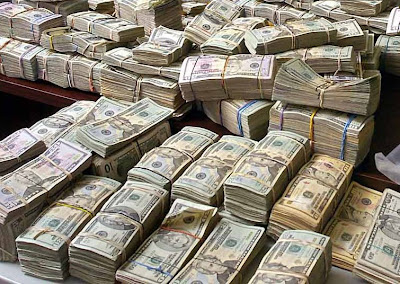 The artist as capitalist is an impressive thing to behold.

Meanwhile Joe Thompson, head of Mass MoCA and his development staff have turned the controversy into patron gold. At a fundraiser held in New York, the museum raised a million dollars, four times as much as the event generated before. It is also noteworthy that the previously unendowed museum has now raised some $12 million for its long range stability, one-third towards its goal of $35 million.

And though the museum lost ground in terms of attendance during the year the Büchel project tied up its main gallery, it has since racked up significant increases in visitation, some of which has to be attributed to the greater awareness the controversy brought.

The New York Times wrote about this today in their Sunday Arts Section complete with a slide show:

The battle between Christoph Büchel and the Massachusetts Museum of Contemporary Art, one of the most publicized and minutely dissected the art world had ever seen, continues. To me, the exhibition of legal papers is fairly dull, deserving the mundane setting of a classroom rather than that of a gallery. But even if these paper works end up in a museum somewhere, there is as message to be learned here. Celebrity sells.

It appears that both the museum and outraged artist have made a satisfying brew from their lemons.
Posted by Larry Murray at 11:34 AM