The Berkshire Beat is set to shake things up 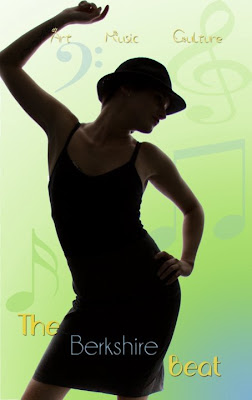 Proposed cover design by Kaitlyn Squires.
The first issue isn't even printed yet,and already the dream of an alternative to traditional arts coverage has caught fire.

Berkshire Beat has surfaced, via Facebook, and it has already turned people on to art and performance events that escape the attention of traditional media like the Berkshire Eagle. It is shaping up as the place to find out about the local, the truly experimental and exceptional that capture the attention of the younger demographic from high school and college to twenty-somethings.

What is amazing about the development, is that you can watch it happening in real time by visiting their Facebook page, largely fueled by the efforts of Caleb Hiliadis, a Waconah High School Senior with a journalistic career in mind. But he is the first to tell you that he is nothing more than one of many people - some 1500 to date - that are pushing this concept ahead.

As anyone who toils in the arts and cultural reporting scene can tell you, one person can not possibly keep up with everything that is happening in the ever expanding Berkshire cultural world. We have splendid coverage of the BSO and other "top" arts institutions, but the local scene, where the creative ferment really takes place, barely rates a mention in the weekly Advocate which has rested on its laurels for years. It could have been an alternative in the spirit of the Boston Phoenix, but instead tends to play it safe, with a fuzzy focus that results in half its coverage being spaghetti suppers and face painting, and half listings in type so small as to be unreadable. The only redeeming features are their writers Peter Bergman and Judith Fairweather. 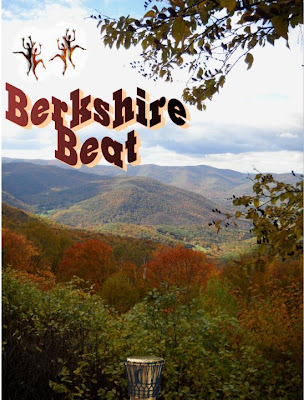 Proposed cover design by Kathryn Collins.
Of the local media, Berkshire Living, Rural Intelligence and Berkshire Fine Arts do the best job of covering all the arts, including classical, jazz and rock yet they miss much of what is happening right under our noses. Too many events, too few reporters. (Disclosure: I've written some one hundred articles for Berkshire Fine Arts in the past couple of years and - until I began my blogs - was part of the problem.)

There are dozens of other outlets that specialize in various niches. Foremost among these is Gail Sez, written by Gail Burns who covers theatre not only in the Berkshires, but adjoining states, and rarely misses even the smallest theatre company.

With Berkshire Beat, in essence everyone becomes a reporter, the readers will also be out there looking for new things going on. The key here is that at some point mediocrity will have to be weeded out, and a really sharp editor is going to have to watch the spelling, syntax and personal pronouns.

The major force behind this publication, which will also have a strong online presence, is Philip LaPointe, Jr. of Lee, an Iraq war veteran with a vision. There is an active advisory board, and others involved include Brad Steele. It is their hope to launch a prototype edition in the next month or so to test the waters. Ultimately they foresee a controlled circulation distribution plan, with biweekly issues being sent to 15,000 readers.

Because they will focus on a lot of the newer, emerging bands, artists and writers - they have a niche for poetry and visual arts in their plans - their vision is wide ranging. Since the cost of print is high, and requires major advertiser support, it is likely that the magazine will be a tool that will bring even more people to their website and the content there.

There is a board which is doing the planning, but at this point it is all open concept. 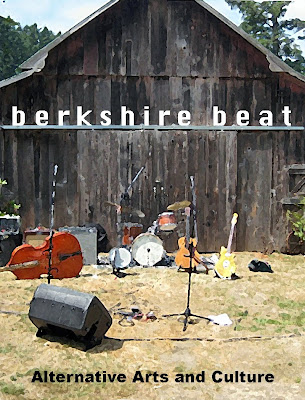 I submitted a cover design as well.
For a peek at the ongoing birthing pains, drop in to their Facebook page or sign up for their newsletter.
Posted by Larry Murray at 5:41 PM

A hearty welcome to the Berkshire Beat… Love your barn image, LARRY; but sorry you didn't recognize the important coverage The Women's Times does of women and the arts (certainly among the most overlooked of all.) Gail Burns is one of our regular arts contributors. —TWT

Mea culpa. And let me add that there's no requirement to be a woman in order to enjoy all the news, features and current events covered by The Women's Times. I pick it up at the Stop and Shop or Dottie's when it comes out.