Etiquette - Non-Theater Carried to an Extreme 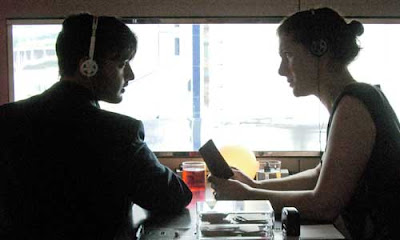 I don't think it is theater either.

The Premise: Etiquette is Theater

For this intimate piece of participatory theater, two museum visitors sit across from each other at a small table...

The response from theater critic Gail Burns: No, it's not.

Points to Mass MoCA for trying this, but it is a new form of social networking in which you come in contact with other people in a ultimately meaningless way.
Posted by Larry Murray at 4:14 PM